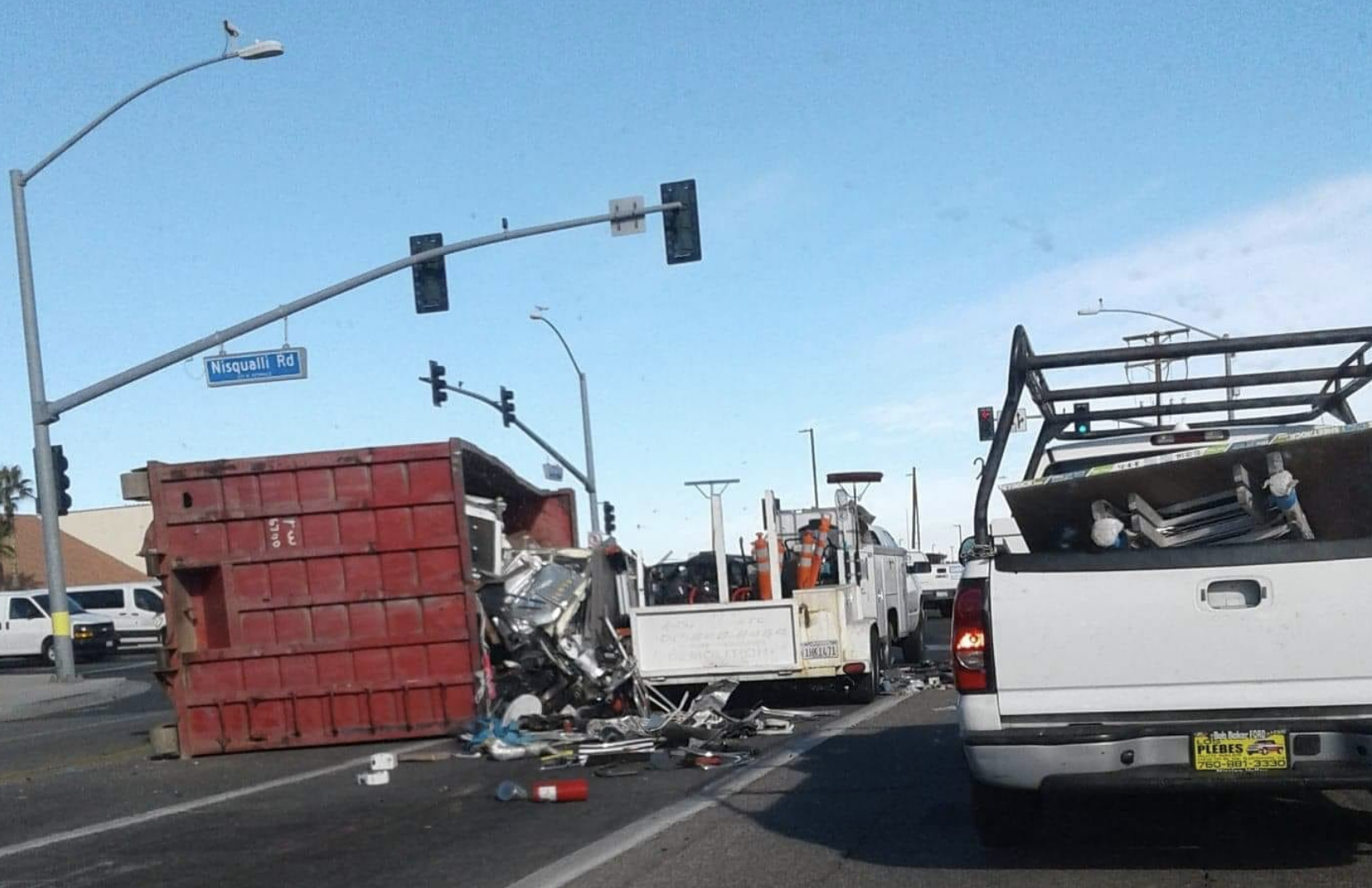 VICTORVILLE, Calif. (VVNG.com) — Crews are working to clear-up scrap metal and remove a large construction dumpster after it overturned, making traffic a mess for commuters.

It happened at about 9:10 am, on Tuesday, November 27, 2018, near the intersection of Balsam Avenue and Nisqualli Road in Victorville.

Sheriff’s Spokeswoman Mara Rodriguez told Victor Valley News Group, “the driver of a semi truck reported he had attempted to make a turn and hit some type of utility box, causing the trailer to overturn and spill a load of scrap metal into the roadway.”

The roadway remained temporarily closed as crews worked to clear up the debris in the roadway. According to Rodriguez, no other vehicles involved. 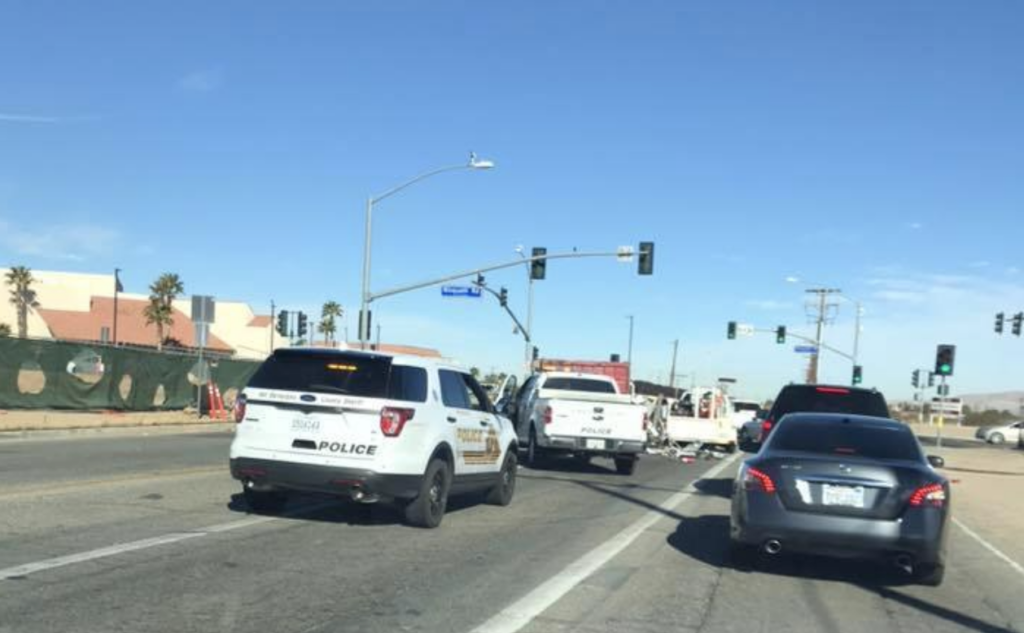 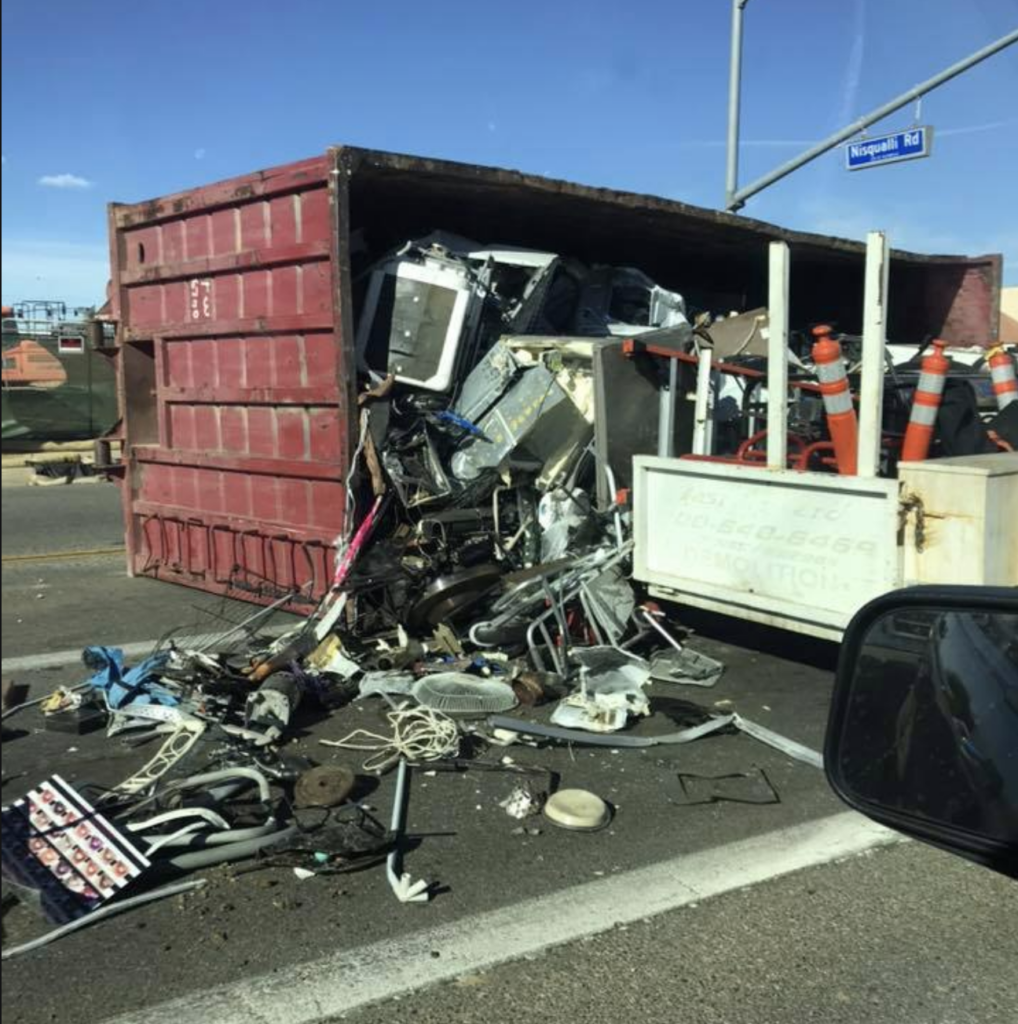 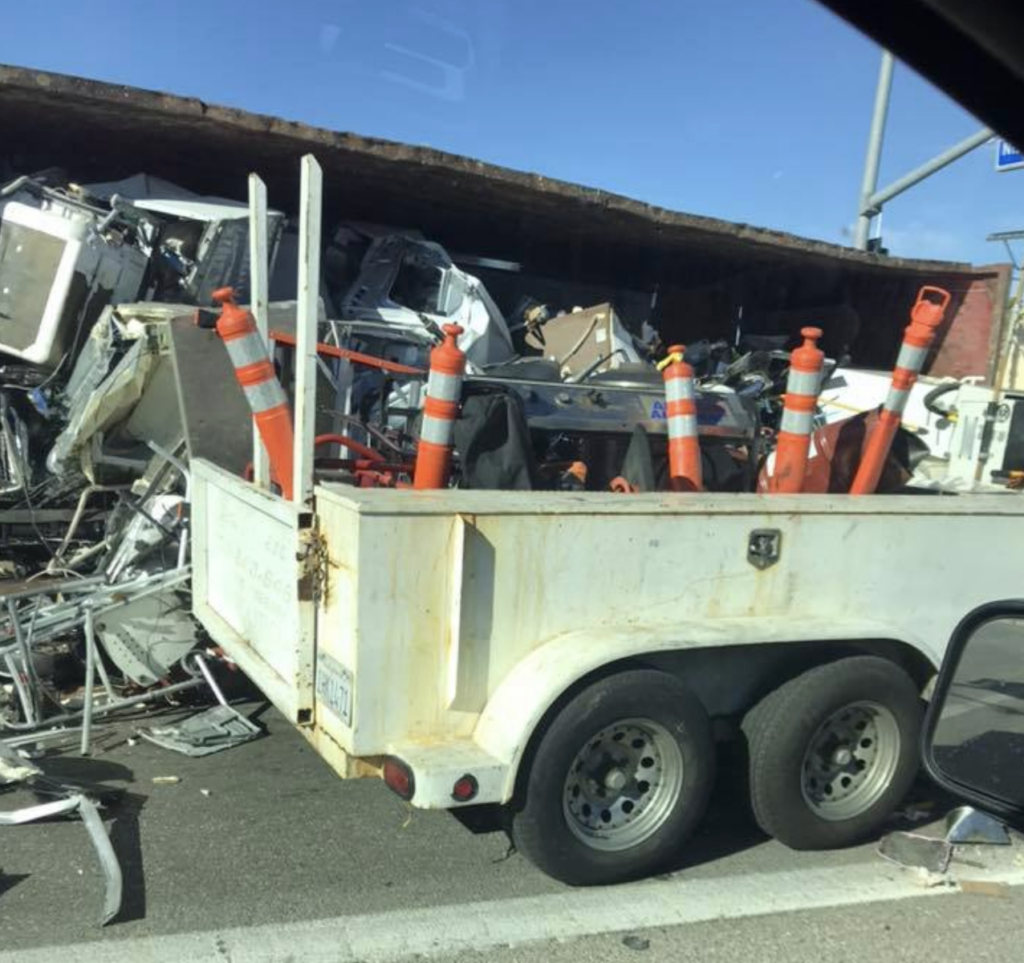