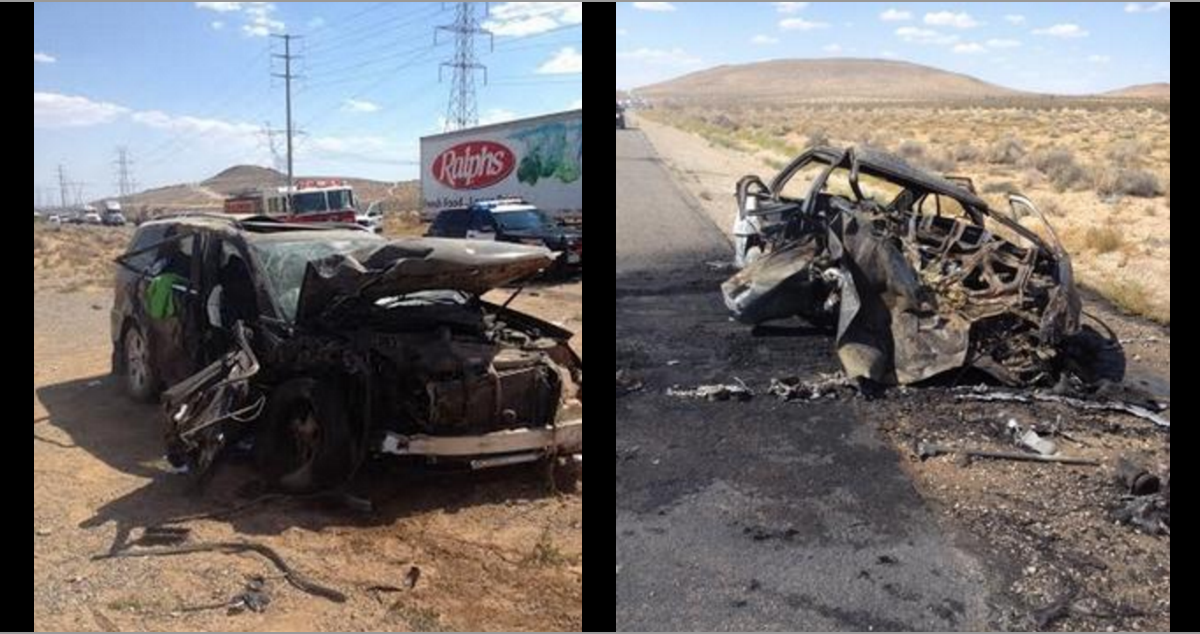 KRAMER JUNCTION:(VVNG..com)- A major injury traffic collision has shut down US Highway 395 near Kramer Junction.

On Wednesday, June 29th at about 2:00 p.m. dispatch received a report of a two-vehicle traffic collision with fire approximately 5 miles south of the Kramer Junction.

When first responders arrived, they located two vehicles involved in the collision with one of them on fire.

Initial reports state, five occupants inside one vehicle are injured. Per scanner traffic, two occupants were trapped and requiring extrication from the vehicle. One air ambulance is responding to transport a seriously injured patient.

The second vehicle involved erupted into flames following the crash. No occupants inside that vehicle were injured. Firefighters are allowing the vehicle to burn itself out. Since it’s not posing any immediate threat.

Per scanner traffic, a total of four patients were transported to Antelope Valley Hospital. Three by ground ambulance and one by air ambulance. A fifth patient was transported by ground to Barstow Community Hospital.

North and southbound lanes of Highway 395 remain shut down while first responders treated the patients. By 3:30 p.m. all lanes were reported as being open.