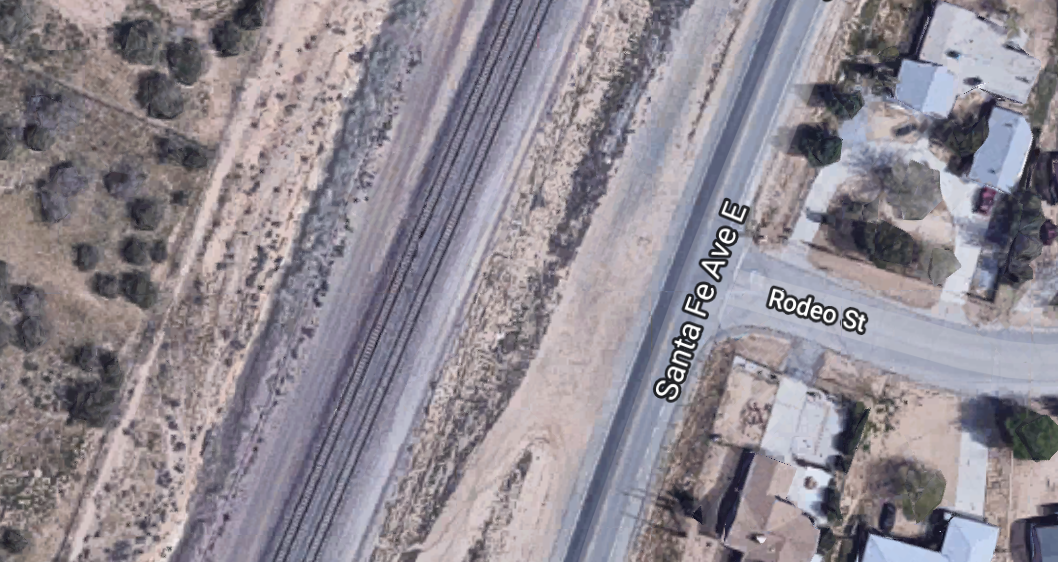 HESPERIA, Calif. (VVNG.com) — A BNSF train struck a motorcycle that was on the railroad tracks in the area of Santa Fe Avenue and Rodeo Road in Hesperia.

At about 12:08 am, on May 5, 2019, BNSF Railway contacted Sheriff’s dispatch in regards to one of their trains striking a motorcycle that was on the railroad tracks.

“Deputies responded and immediately checked the area to see if a victim was on the motorcycle (a Yamaha),” stated Hesperia sheriff’s station Edgar Moran.

Moran said deputies and fire personnel were unable to locate anyone in the area.

“A K9 was requested to see if it could track a possible victim. The Sheriff’s K9 unit responded and was also unable to locate a victim. It is believed no one was on the motorcycle when it was struck,” stated Moran.

The motorcycle was towed by deputies. Anyone with information is asked to call the Hesperia sheriff’s station at (760)947-1500.