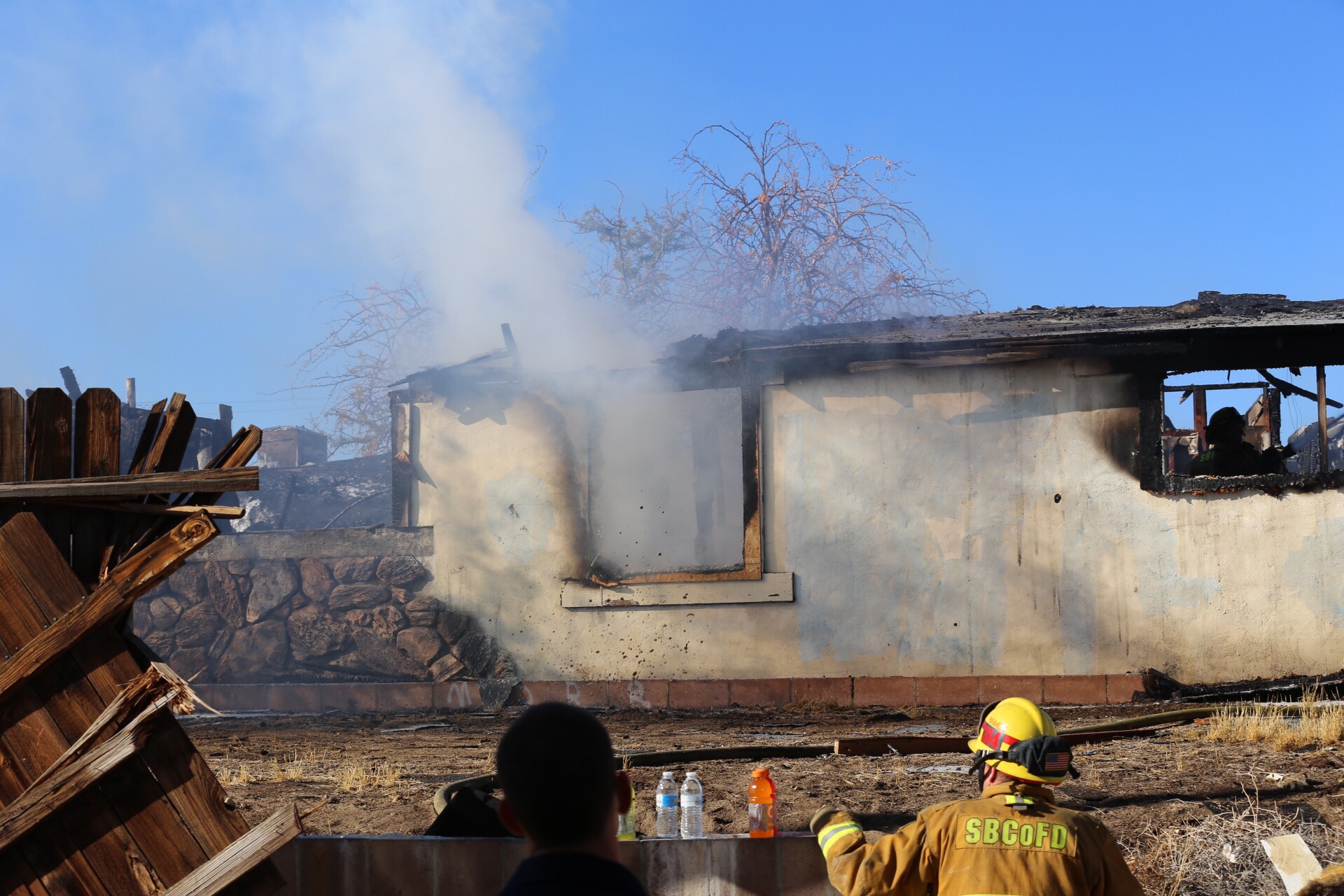 Firefighters responded to a structure fire just before 8:20 a.m., in the area of City View Drive and Rodeo Drive in Victorville. Upon arrival firefighters discovered an abandoned residential structure well involved. By 9:15 a.m., the fire was under control.

No injuries were reported and the fire did not spread to any other homes in the area. At this time the cause of the fire is under investigation.

According to a resident who lives in the vicinity Stephanie Fellabaum, this home is reportedly used by transients and it’s the third time this year that the home has caught fire.

More information will be updated as details are released.