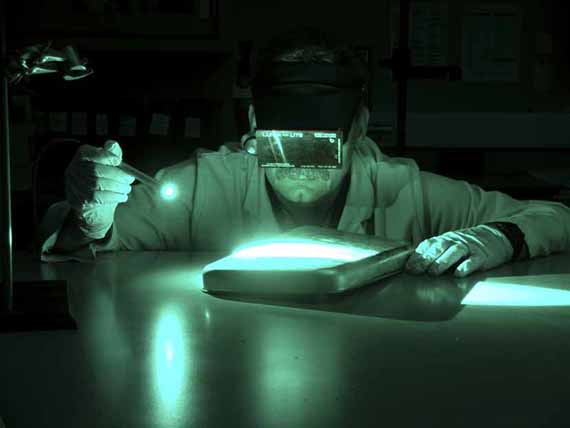 A visit to the Crime lab proved just how progressive San Bernardino County Sheriff’s Department has become over the past several years. The San Bernardino County Sheriff’s Department Scientific Investigations Division has handled thousands of cases, and as technology has advanced so has the crime lab. In 2009, 89 DNA cases were processed given the resources at the time.After receiving a bit of a face-lift and advancements in DNA technology, the crime lab has advanced to processing 585 cases in 2013 and 664 in Fiscal Year 2013-2014. That is a dramatic 500% increase in 5 years.

Crime Lab Director Steven Johnson said, “We are way ahead of where we were, and it is only going to get better.” With the demanding environment that is associated with administering a crime lab Johnson expressed that DNA was no longer a topic of worry for them as a result of the many advancements that have come to the department.

With this huge step forward, SBCSD is setting the foundation for technological robotic advancement well into the future. Cases are being processed at a more rapid and effective speed, which ultimately provides the community that we serve with a superior and far more efficient service. Sex crimes, violent crimes and property crimes from all agencies within the county of San Bernardino and even Riverside County are serviced through the San Bernardino County Sheriff’s Department’s Crime Lab.

“We are committed to providing the best service possible to the citizens we serve and all law enforcement agencies within San Bernardino and Riverside Counties, Sheriff John McMahon said. We have an outstanding group of individuals working at the Crime Lab and we are very proud of the great work they are doing.”