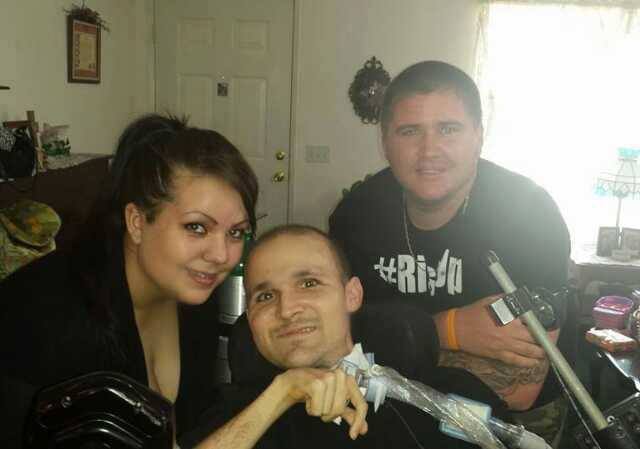 VICTORVILLE: (VVNG.com)- Terry Brosch will be celebrating his 27th birthday on June 15th, but this celebration is special, special to not only him, but his family who has cared for him all through his life. Terry suffers from Muscular Dystrophy, Cerebral Palsy and Scoliosis. He was not expected to live past the age of 15 years old, but this strong young man has beat the odds numerous times throughout his life. The fight has not been an easy one, Terry has been in his wheelchair and even in a bed battling for his life much of this time.

The family has all taken turns caring for Terry but many of the family members have unfortunately fallen ill of other illness’ including, Lupus, blood clots as well as another unknown illness’ leaving several no longer able to help. “Caring for my brother has become my life. We gave up our social lives to care for him,” said his 22-year-old sister, Rena Cunningham. This young fighter, has had problems with his lungs since his early 20’s, leaving him in comas multiple times. Each of those times his family feared the worst but prayed for the best and so far Terry has surprised everyone with his resilience.

Last year Terry got a breathing tube making things even more difficult for him and his family. The doctor did not expect him to ever be able to talk or eat again, leaving his family speechless because of their sadness. Terry had other plans, never letting medical statistics dictate his life, he was talking again within a couple of weeks. During this time the doctor also told them he was at the last stage of his disease and he had 6 months to a year to live. “I remember feeling like someone stabbed me in the heart, but its my brother, he’s a fighter and things became different,” said Rena.

When leaving the hospital, they told the family that they would show them how to work everything and would send them home with supplies. The help never came, leaving the family with even more stress trying to figure out how to work the life-sustaining equipment to keep their loved one alive. So many difficulties in a young life, then so many more caused by circumstances beyond their control. At one point, his wheelchair broke and his van broke down, leaving him stuck in bed until the family could get another electric wheelchair. It took them over a year to get but due to him being in bed for over a year his physical deterioration was worse. “His arms locked along with his wrists, and his neck is starting to lock. He can barely sit in his chair now because of the pain he is in.” said Rena.

Terry most recently has spent a lot of time crying because how difficult things are and how difficult they have been. He realizes that his entire family has been treated differently because of his illness. “He cried the other because he said “why should I even have a birthday party, no one will even come”. This will probably be his last birthday and I want him to be happy, “ said Rena. She then explained that Terry just wants friends, and he only wants to feel wanted by people. He has been stuck in bed just living to fight another day, while his friends with the same condition passed away at 14 or 15 years old. “He is always in pain but he will never say anything about it, he just keeps smiling. He has so much going on in his life, but he has so much determination to live life,” added Rena.

Rena asked that the community comes together to share Terry’s birthday, very possibly his last birthday with him on Saturday, June 14th at 15677 Burwood Road in Victorville. The birthday celebration will start at 3pm. “Please help me make this boy’s birthday one he will never forget. He deserves the world, he’s such an amazing brother and best friend” said Rena. The family asks that everyone that can attend, please do, if you can not, please send a card to Terry, he loves to receive cards in the mail. They want to prove Terry wrong and show him that people do care about him and do want to come join him to celebrate his birthday with him. 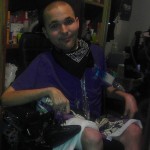 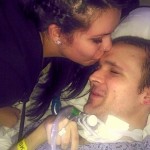 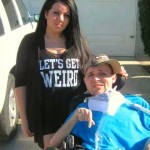 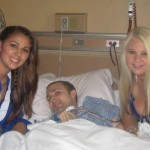