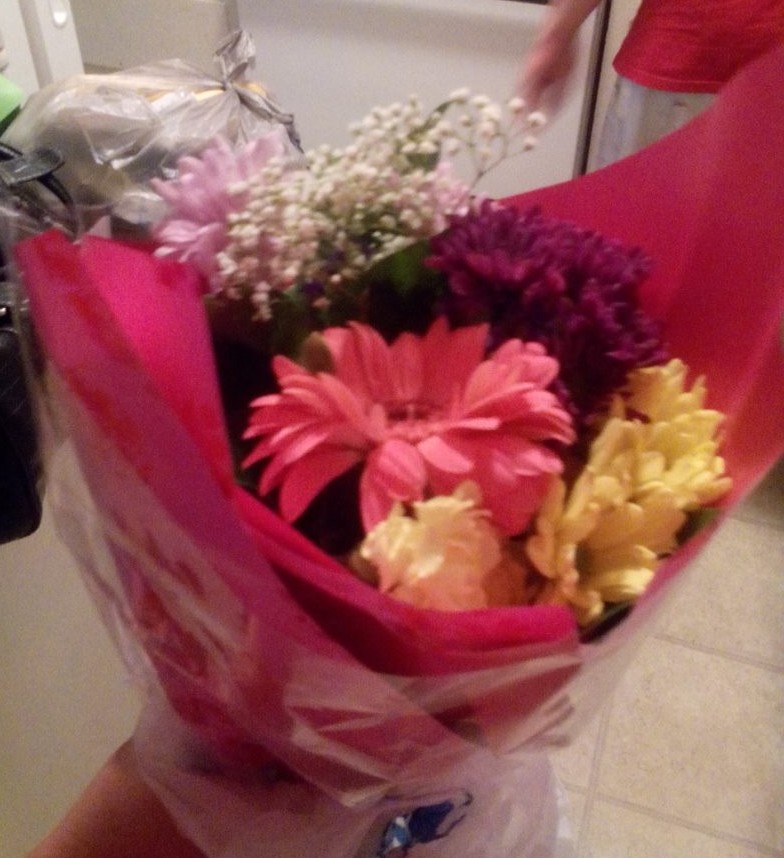 Tara placed the beautiful flowers given to her in a vase.

Earlier this week when Tara was sitting outside on her porch watching her children play in the front yard. That’s when an elderly man walked up to her and asked if he could use her phone. Or if she could make some calls for him because he had gotten a flat tire.

Tara recounts the story below:

“He pointed towards his car, which I (Tara) could see and explains to me he is stressing because he needs to get back to his wife at the salon he left her at and their supposed to get pedicures together lol.

He is clearly upset and a little frazzled. I told him yes, he could use my phone or I could make calls for him if needed. So he gives me his AAA info and I make the call for him and because he is so stressed he cannot talk to the agent, so I handled all that for him. He didn’t like using cell phones and thats all I had. I helped him figure out what salon his wife was at since he forgot the name and called there for him also.

AAA was awesome and got here in 10 mins!  They even had him on his way in another 10 minutes”, says Tara.

“I was happy to be able to help him and definitely didn’t expect anything, because I have been stranded before I know how it is.

Well this morning at 8:00 a.m., I here a knock on my door, I open it and the elderly man is standing there with a bouquet of flowers for me. It just absolutely made my day that he went out of his way to thank me so nicely. I just wanted to share there are still nice people out there.”