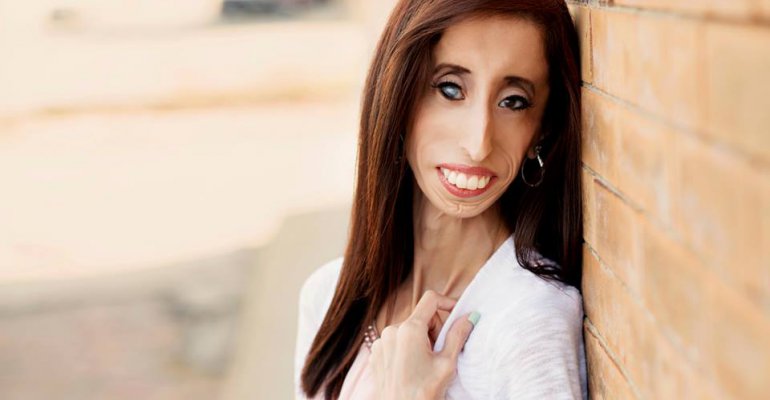 She suffers from an extremely rare medical condition, so rare that only two others in the entire world are known to have.

Due to her rare condition Lizzie has never weighed more than 64 pounds in her life. Her condition is similar to many other conditions, especially progeria. However, her condition is not terminal. She is blind in her right eye, which began to cloud over when she was four years of age.

Lizzy is a Roman Catholic, and she has spoken out in terms of her belief in God who has “blessed me with the greatest blessing of my life, which is my syndrome”-Lizzie Velásquez

When Lizzie was just a teen, she became the target of hateful online video, that described her as “the world’s ugliest woman.” The video went viral receiving millions of hits. Lizzy was unaware complete strangers were leaving such hateful messages towards her. Often encouraging her to commit suicide to make everyone happy. Lizzy refused to let those bullies define who she is and she decided to fight back.

Today, she is a strong woman and a well known motivational speaker encouraging others to stand up and fight back.


In this short video she speaks about beauty and how she made her own definition of what beauty is, to help her deal with the negatives that she faced daily.