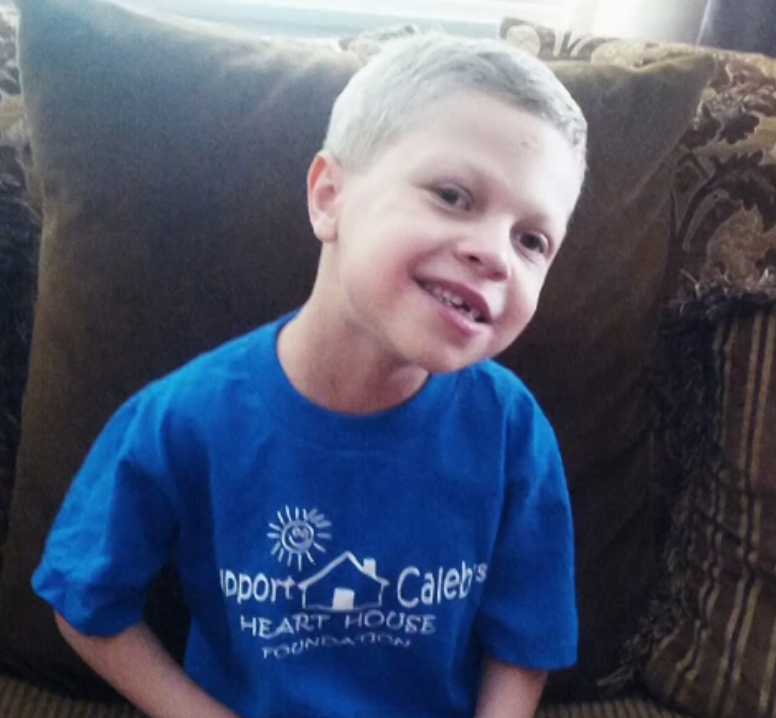 (VVNG.com)- Cathyleen Williams, a Barstow mother of an adorable 7-year-old boy named Caleb Lucas, showed frustration, fear and deep sadness when speaking about their daily struggles. She expressed that daily battle almost seems like a losing battle for her most days, but this is a battle she will not be giving up on. “I need to know, that no matter what the outcome is that I did absolutely everything I could for him”,Cathyleen said while fighting back tears.  Cathyleen expressed that all she wants is for her boy to be safe and to have the chance to live a closer to normal life.

Cathyleen has a business degree, but since her son needs constant care she is unable to seek employment other than being her sons In-Home Supportive Services Provider. She is everything to her sons, she is not only his mother, but his nurse, his respiratory therapist, and the one person who has dedicated her entire life to fighting for her son. “If I went to work, I would have to hire a nurse for his care. The person caring for him must understand his medical needs and know how to administer numerous medications and treatments throughout the day. How could I ever even afford that?”,cried Cathyleen.

Caleb is not like most other little boys, he was born with a condition called Hypoplastic Left Heart Syndrome. Hydroplastic Left Heart Syndrome is a condition where the left side of the heart is critically underdeveloped causing congestive heart failure. This young child, in his short life has been through 50 surgeries with 9 of these surgeries being open heart surgeries. Caleb has also suffered two heart attacks and a stroke, the stroke, leaving him developmentally delayed and with other less obvious disabilities. He currently has 50% heart function and until he goes into complete heart failure he will not be a candidate to be on the heart transplant list. “When he is ready, we do not want anything to prevent him from getting on that list.” said his mother. Getting on the list is a waiting game, not one his mother looks forward to, but one she knows is inevitable given her child’s condition.

Caleb is unable to play with other children, he can’t go to parks and it is necessary for him to be kept from just about any public places due to his immune system being compromised. “He gets tired walking down the hall” said his mother. A simple cold is life threatening for Caleb, so him and his mother live their lives for the most part away from the outside world. ”Caleb can not go anywhere, I am scared to go anywhere. I am always on guard, it is like when someone coughs I have to worry about if they are sick. I constantly worry about bringing germs back home to Caleb” said Cathyleen. She expressed numerous times, that she just wants her boy to have some of the same opportunities and experiences other children without his condition have.

Some good news recently came when Home Depot offered to help convert their garage into a classroom for Caleb. Cathyleen was excited, feeling like that would give Caleb a closer to real life school experience. Unfortunately, that dream was put to a stop because two aunts are also on the deed of the home that Cathy is living in. Both aunts refused to sign an agreement for this conversion to take place, making his real life classroom still not an option in their home. Cathyleen was at a loss as to why they would block this from happening, she figured it had something to do with a previous family argument. “That is what made me start, Fight For Caleb’s Classroom”, a Facebook page.

The struggles did not end there, after reading an article about a Barstow transplant patient named Xena, Cathyleen’s attention was brought to yet another bump in this already treacherous road. 8-year-old, Xena was just put on a heart transplant list. Her family had a swamp cooler rather than central air conditioning in their home so her mother was told she would be off the list until the cooling system in their home was changed. Cathyleen suddenly came to the realization that this upgrade was now a necessity for their home. “It was not only a necessity to my son’s immediate health, but for his future chances of getting a heart transplant” said Cathyleen. Again, before making any changes to the home, she had to contact her aunts for approval of the upgrade. One of her aunts, who is a church missionary in the city of Pasadena refused to allow for central air conditioning to be installed. “I can not believe she would do that to her great-nephew. How can she care for others, but not even care for Caleb?”, cried Cathyleen. “If something happened and she needed me, I would be right there. I love them, I just can’t understand how they can do this to my son,” she added. Cathyleen then contacted an attorney for advice, he advised her that since it would take time, which Caleb is not guaranteed, they really should just consider moving.

Now, that the duo is left with a move being their only viable option, they must find a home that fits their needs given Caleb’s sensitive medical situation. “We need a three bedroom home with central air conditioning that is within our budget”. As of now, Cathyleen can’t work outside of the home because of the constant care needed by her son. Their budget is limited to Caleb’s SSI payments, her IHSS (In Home Supportive Services) check, and child support. “If Caleb is hospitalized, IHSS checks stop. If he is hospitalized for 30-days or more his SSI also stops. Given his condition, we need to take that into consideration when coming up with our monthly housing budget” said Cathyleen. The goal for now is getting the 20% down payment together so they can purchase a home that has three bedrooms and a central air conditioner. As of now, we have met almost half of that goal through numerous fundraisers.

“Sometimes, I feel like everything is against us.” cried Cathyleen. “I started baking and selling baked goods. Selling these baked goods I made $2,000 right away, my goal would have been met by now but someone reported me for selling home cooked baked goods. I did not even know that was not ok to do, I was just trying to save my son.” she continued. She expressed that so many times she feels like she is out of options, she also feels discouraged, helpless and alone, but then realize she has no choice but to continue fighting for her son. “How can you wrap your mind around your kid possibly going before you do?”, she asked.

Along with the “Fight for Caleb’s Classroom” Facebook page there is also a “Go Fund Me” account set up to help raise funds for their move. Cathyleen is also passionate about getting the word out about becoming a donor. “When we die we do not need our organs anymore. I understand, when children die the parents are devastated and unable to think of much else. People don’t tend to think of giving the gift of life to another child by donating their lost child’s organs” she said. She has also started a non-profit organization called Baby So Special, this organization helps families with children who have birth defects and feeding disabilities by offering them gas cards, food gift cards or many other things necessary to help assist these families during their medical battles.

If you are in need of assistance or would like to help by making a donation please go to: www.babysospecial.org
To get updates on Caleb and his fight make sure to “like”, Fight for Caleb’s Classroom. To help Caleb and his mother raise the funds necessary to move please go to their go fund me account.