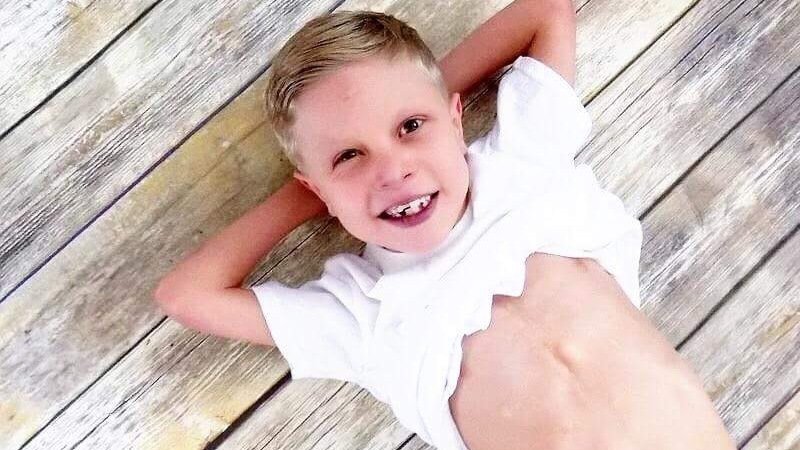 Cathyleen cared for her son day in and day out for nearly 10 years and now has been denied unemployment benefits in an attempt to rebuild her life.

Caleb had over 50 surgeries in his short life, 10 of which being open heart procedures and his first being at just 6 days old.

As a result, he became mentally delayed with a severe immune deficiency. He was completely dependent on his mother’s care.

“I literally gave up my life, he was like the boy in the bubble,” says a heartbroken Cathyleen. She became employed by “In-home supportive services” and also received SSI to support her son and herself while struggling to care for her son. “He suffered everyday, it was so hard.”

Cathyleen struggled with an immense number of issues besides the care of her son, and on top of watching the devastating reality of her son’s ordeal. They struggled with issues like housing accommodations or the fact that Caleb needed in house schooling just to get an education. A team of supporters started a foundation for Cathyleen and Caleb called “Team Caleb” which helped the family receive a home to meet their needs and set up a virtual school inside.

Now Cathlyleen faces yet another impossible affiliation because she has been denied unemployment benefits needed to keep her life afloat until she can land her next caregiving job.

“I’ve been applying for jobs but my doctor doesn’t recommend I do, im not even emotionally ready yet,” says Cathyleen. “I would not wish this feeling on anyone, I could lose our home, and that was Caleb’s home.”

According to State Law caregivers of a family member are able to receive 26 weeks of unemployment benefits, unless that family member was your spouse or child. So the question at hand is this, what about the parents and spouses who have cared for seriously ill people?

People who cannot even leave their homes leaving hardly any room for the caregiver to start a plan B. And why is it that non- parental or spousal caregivers are able to receive unemployment?

“All I am asking is for a period of time to get over the death of my son and find a new job” says Williams.
Williams has already started a movement in hopes of changing this law.

“Even if it doesn’t help me , I’m really hoping to help families that are just like me.” A bill has already been made in the process, which has been up to Senate on June 16th. With many laws in attempt to be passed on an everyday basis, in order for Caleb’s bill to be passed it is going to need some attention.

There is a change.org petition and a youcaring page up in support of the bill and her day-to-day expenses and financial needs during this difficult time of transition. You can watch Caleb’s story here.