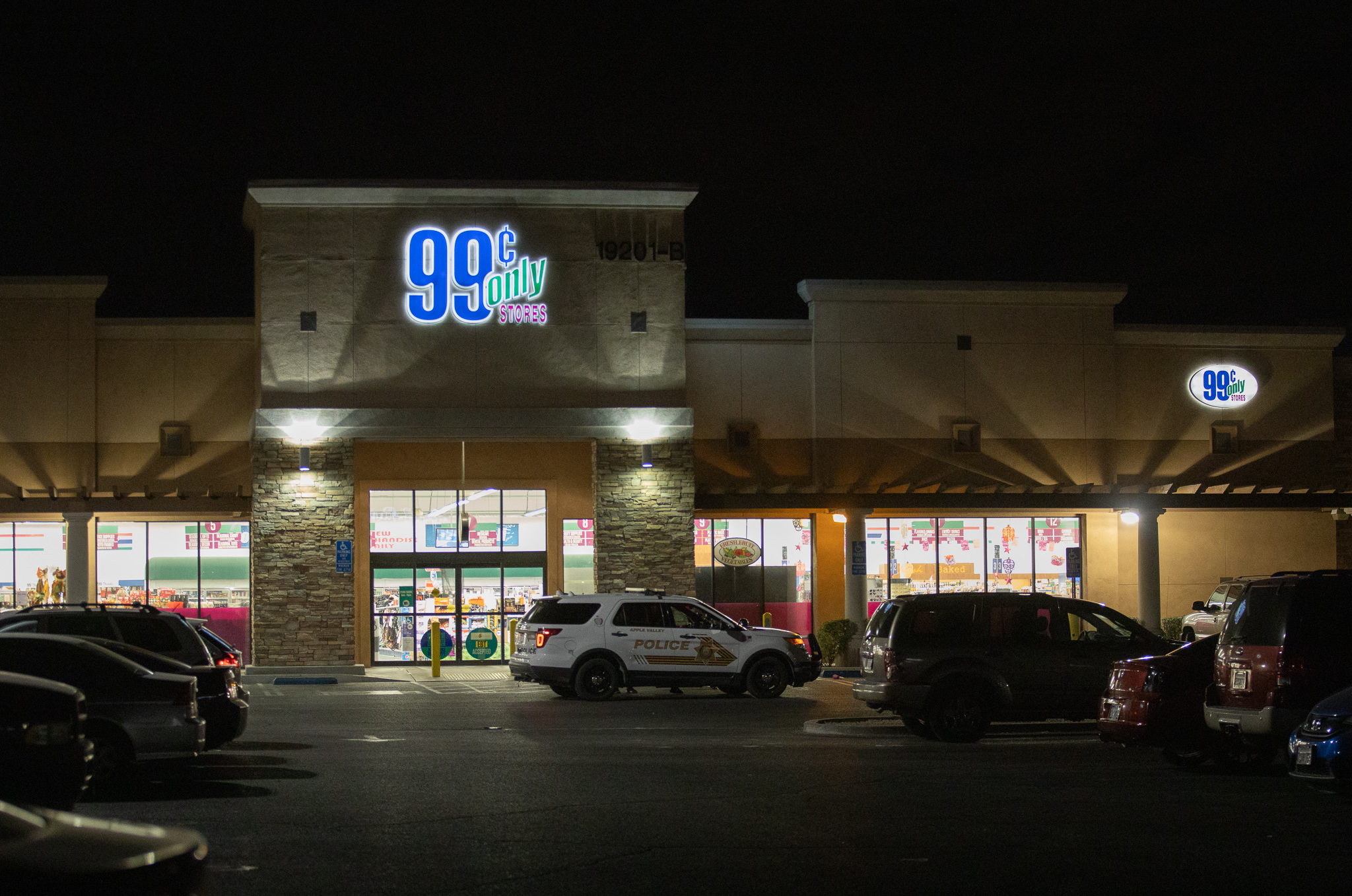 APPLE VALLEY, Calif. (VVNG.com) — Police are looking for a suspect accused of shoplifting from a 99 Cents Only Store and stabbing an employee in Apple Valley.

At about 7:30 pm deputies along with emergency crews responded to the business reference an employee that was stabbed, according to scanner traffic.

The male employee was transported to a local hospital and is expected to make a recovery.

According to a witness Nick Rendon, prior to the stabbing, the suspect was inside the store calling for a woman named Lupe. Nick said the suspect attempted to run out of the store with a fully-loaded shopping cart and was stopped by someone near the front door.

Sheriff’s Spokeswoman Jodi Miller told VVNG when deputies arrived they were informed by the victim, a male employee, that a male subject was attempting to steal a full shopping cart of items by exiting the front door of the store without paying.

“When confronted by the victim, the suspect lunged at him, causing a puncture wound (using an unknown object),  to his upper body.  The victim was transported to a local area hospital for treatment of his injury,” stated Miller.

A sheriff’s aviation helicopter assisted ground deputies with aerial support as they searched for the suspect in the Mojave River wash.

Miller said the suspect was only described as a white male adult and no arrest has been made.

Anyone with information is asked to call the Apple Valley Sheriffs Station at 760-240-7400.