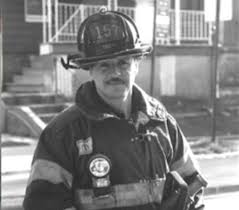 (VVNG.com)- First responders climbed up numerous flights of stairs of the World Trade Center buildings on that fateful September 11th morning. Employees, most who have just arrived for their normal work day that early Tuesday morning were now scurrying down the flights of stairs to get out of harms way.  Most did not know what exactly they were running from, they knew they were told to evacuate, some thought it was a bomb, others knew there was fire, but all seemed to feel the impending danger.

The teams of first responders on the scene also knew the dangers, but in a heroic nature they continued up the steps of the World Trade Center buildings. Many crews worked tirelessly day after day in the rescue and recovery in the days following the unforgettable 9/11 attacks. In the days following, the streets were quiet with the looks of shock and despair on faces of those on the streets. People walked the streets looking for those they loved that they had not heard from since they had left for work the day of the attacks. A lot of family members received calls just after the attacks, some terrified that they did not know how to get out, some while running through the flights of stairs and some mostly those above the saying last goodbyes realizing there was no way to make it out alive.

Jimmy Martinez, 54 along with several other firefighters, who were off duty watching the world trade center attacks on television, rushed over to the fire department to offer their services. These off duty firefighters took it upon themselves to put themselves in harm’s way, even when off duty in order to rescue those trapped and assist the other firefighters who were on duty. Those who went, went in with very little to no gear and no supervision. Most went in without even wearing a mask in order to get to the scene quickly.

Martinez  was one of the firefighters who worked heroically, went in with little regard for their own safety to save those who were injured and

recover those who were deceased. Martinez knew there were dangers involved in his line of work, most he felt were immediate dangers, so it was a surprise when he was years later diagnosed with multiple myeloma. The rare disease took away his ability fight fires, the once heroic firefighter is now fighting for his life. The diagnosis came after 25 years of working with the Fire Department in the City of New York. It was June 2013 when he was diagnosed with the aggressive blood cancer caused by the exposure of the Ground Zero toxins.

Martinez now had to face reality of leaving his loved ones behind because of this devastating disease. The aggressive disease, even in a once strong and healthy individual like Martinez causes symptoms affecting bones, the immune system, red blood cell count and the kidneys. The James L. Zadroga 9/11 Health and Compensation Act which is a World Trade Center Health Program signed into law by President Obama is covering the bills associated with his aggressive treatment. Martinez started treatment within only days of finding out he had cancer. Martinez said the plan, which is covering the costs of his World Trade Center related illness is helping him to have one less thing to worry about.

Martinez has undergone several rounds of Chemotherapy as well as experimental stem cell transplants from stem cells harvested from his own body then injected into his bone marrow. At this time his body has responded causing a partial remission which is giving him stability in his health for the time being.  There is no cure for Multiple Myeloma, but a bone marrow transplant will extend his life and his time with his family.

Although Martinez is battling for his life he says he would do it all over again even knowing what he knows now. In his particular firehouse there were five men diagnosed with cancer, one has since died of lung cancer. Martinez cites the brotherhood and the desire to save others working together through thick and thin. He feels that his job would be one of the most rewarding jobs since not all jobs offer the same type of bond that being part of the fire department does.

To find out how to donate bone marrow to extend or even save a life see Delete Blood Cancer:
https://www.deletebloodcancer.org/en