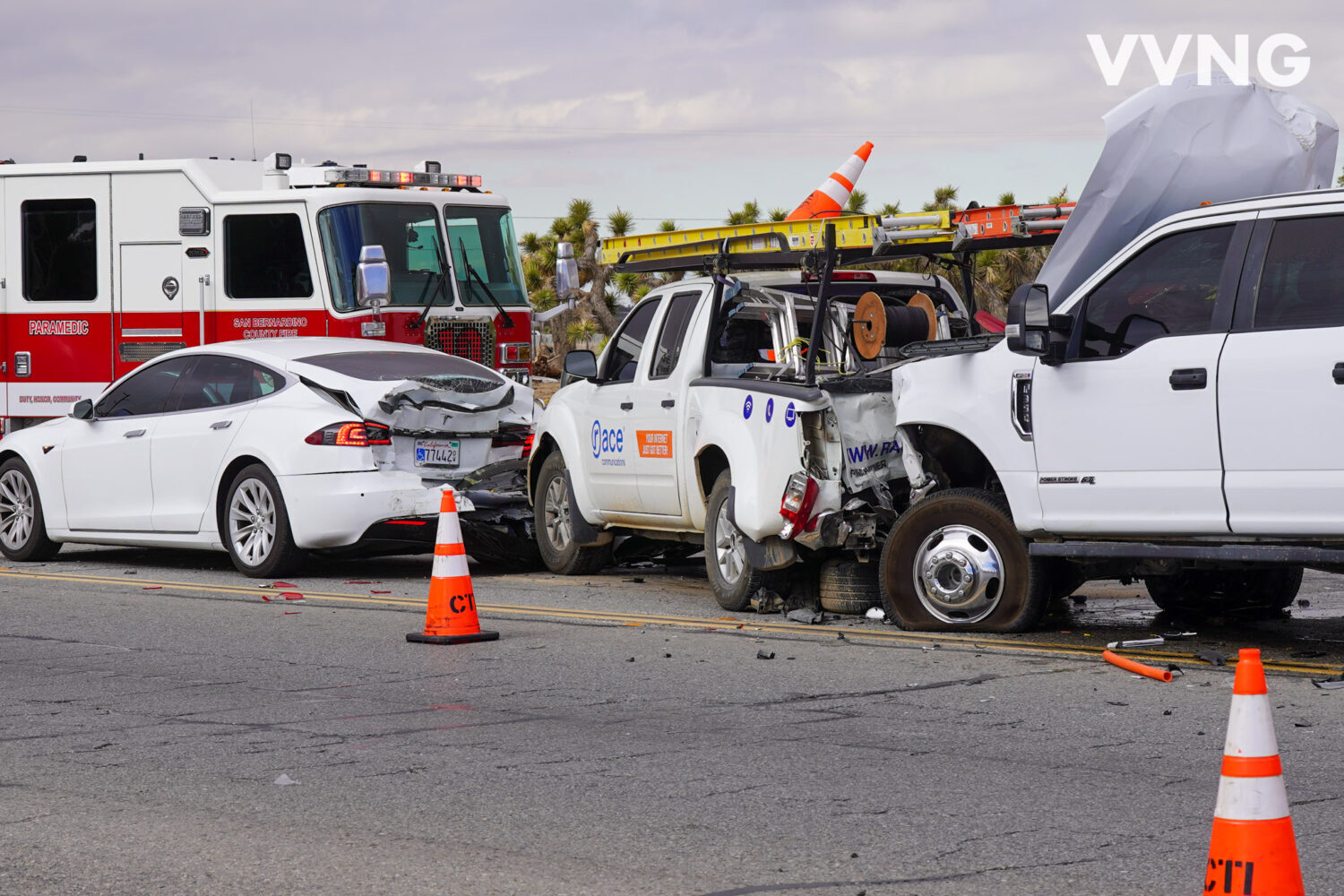 It happened at 11:32 a.m. in the westbound lanes of Phelan Road, just east of Wilson Ranch Road.

All occupants of the vehicles declined medical treatment.

Several tow trucks were requested to clear the vehicles from the scene. The San Bernardino County Sheriff’s Deputies were at the scene assisting with traffic control.

The crash is under investigation by the California Highway Patrol – Victorville Station.