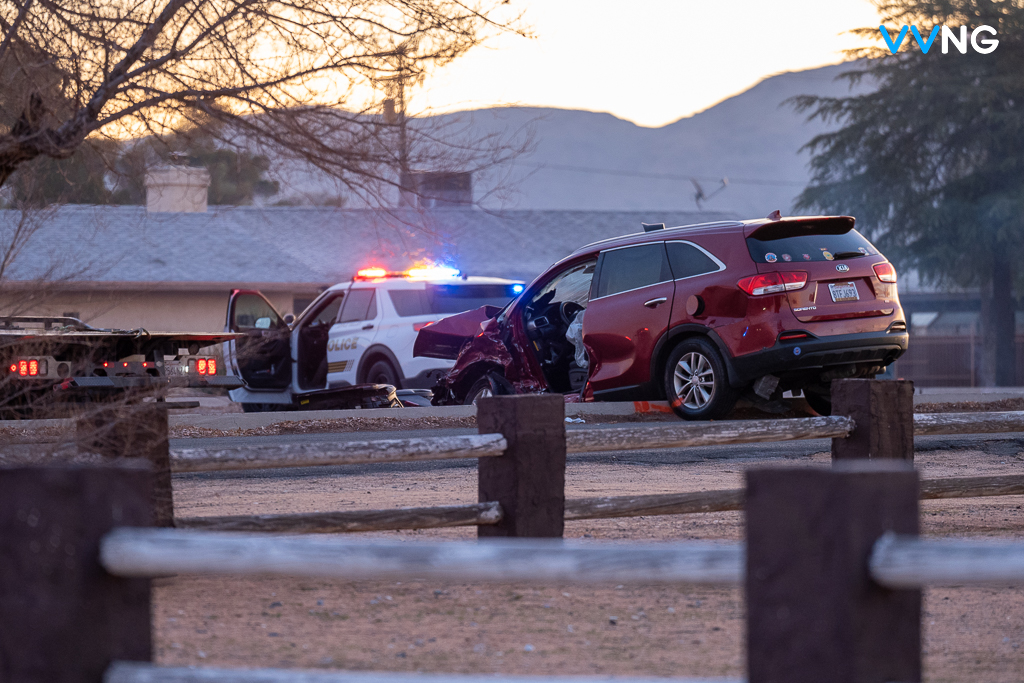 APPLE VALLEY, Calif. (VVNG.com) — An 86-year-old man died after a Sunday morning traffic collision in the Town of Apple Valley.

The crash occurred on State Highway 18 at the intersection with Flathead Road in the Town of Apple Valley.

According to sheriff’s officials, “it is currently unknown which vehicle failed to stop at the red traffic light causing the two vehicles to crash in the intersection.”

The driver of the Kia was transported to St. Mary’s Hospital where he succumbed to his injuries and was pronounced deceased. The San Bernardino County Coroner identified him as Byron Weekly, a resident of Apple Valley.

The driver of the Dodge was transported to St. Mary’s Hospital with minor injuries.

All lanes of State Highway 18 between Kiowa Road and Dale Evans Parkway were closed for about 2 hours while investigators processed the scene for evidence.

Callers wishing to remain anonymous are urged to call the We-Tip Hotline at 1-800-78CRIME (27463) or leave the information on the We-Tip website at www.wetip.com.