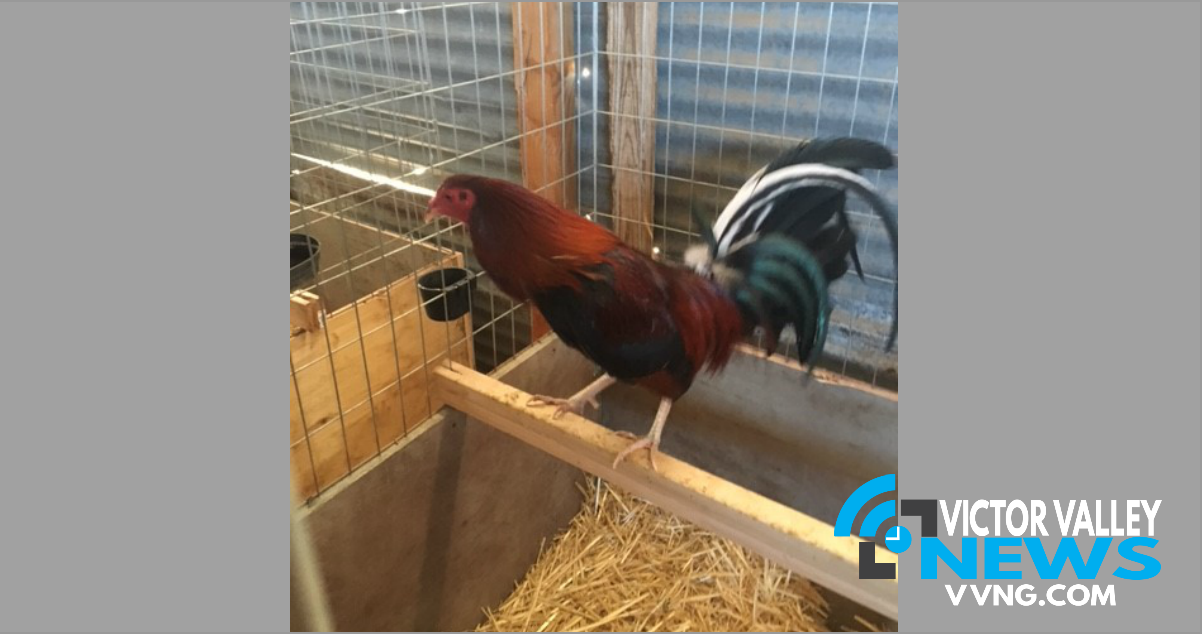 HESPERIA, Calif. (VVNG.com)- Hector Gomez, 42, a resident of Hesperia was arrested for possession of cockfighting equipment and possession of fighting roosters.

On Wednesday, January 25, 2017, at approximately 6:56 am deputies from the Victor Valley Sheriff’s Rural Crime Task Force served a search warrant at a residence in the 10300 block of Fourth Avenue in the City of Hesperia. Officials from Hesperia Animal Control and Code Enforcement assisted with the service of the search warrant and the investigation.

During the service of the search warrant, 83 fighting game roosters were seized along with implements, supplements, and bird fighting publications. Evidence of game bird feed and fighting awards were also found on the property. Several of the roosters had been prepared for fighting by having their combs and waddles cut off.

The owner of the property, Hector Lopez, was arrested soon after the service of the search warrant in Riverside. Lopez was booked into Central Detention Center and was later released on a citation with a later date to appear in court.

Anyone with information regarding this incident is urged to contact Deputy Rob Oakleaf or Deputy Randy Stanley at Lucerne Valley Sheriff’s Station at (760) 248-7655. Persons wishing to remain anonymous can report information to WeTip by calling 1-800-78-CRIME, or by accessing the website at www.wetip.com