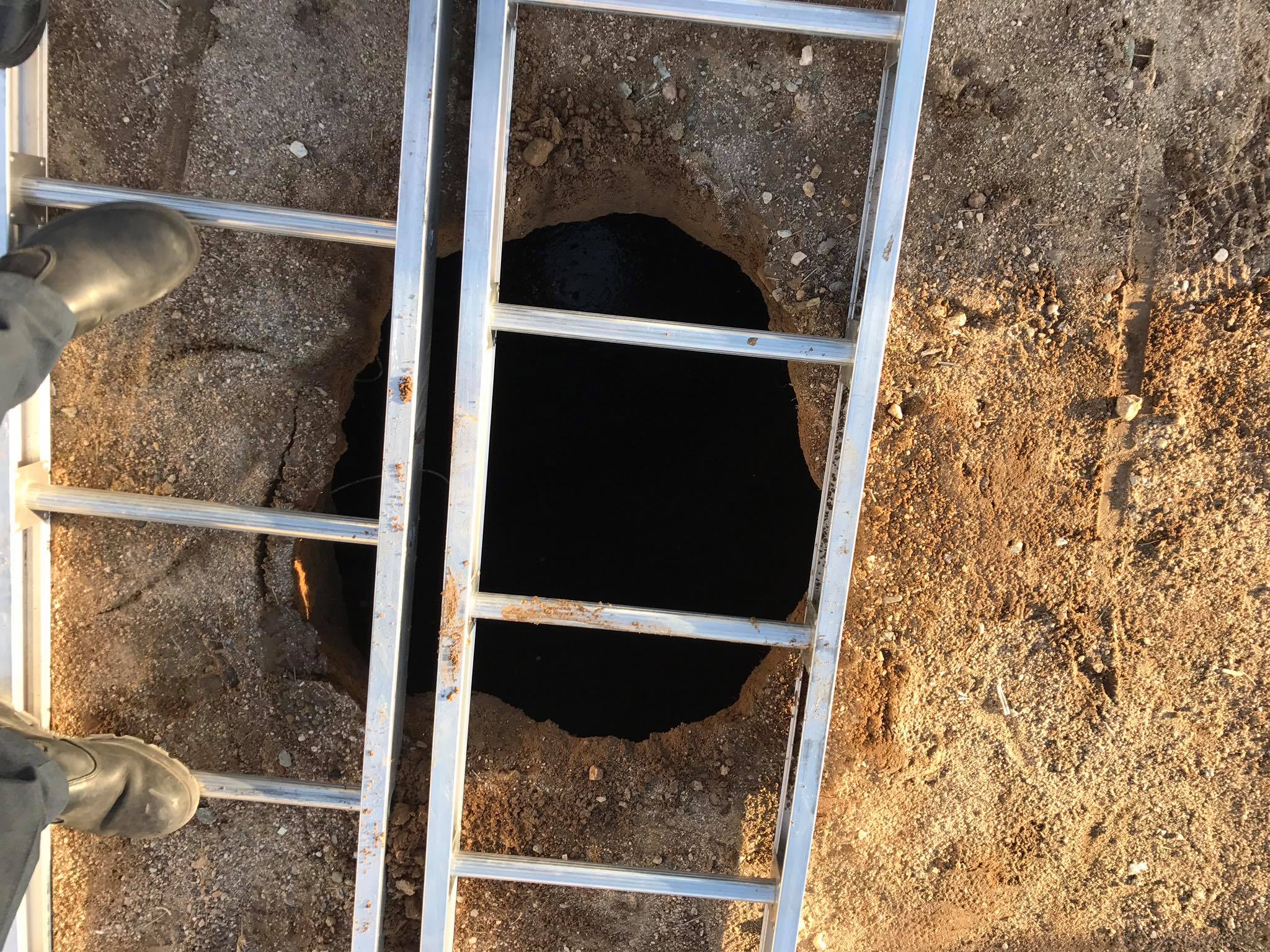 On January 15, 2017, at about 3:12 p.m., the mother of the child called to report that her autistic son had fallen into a sinkhole at their home on the 15400 block of Bear Valley Road and they were unable to get him out.

Deputy Monique Carabajal, from the Victorville Police Department, responded to the apartment complex. The hole was approximately ten feet deep, five feet wide and had an estimated 2 feet of water in the bottom. Carabajal retrieved a swift water rescue rope from her patrol unit and lowered one end down to the boy. She laid at the edge of the hole and instructed him to place the rope around his waist and tie several knots.

Carabajal continued to talk to the young victim, keeping him calm until fire personnel arrived on scene to assist. Two truck companies, one paramedic engine, one heavy rescue, one paramedic ambulance and a chief officer responded to the incident for a total of 12 fire department personnel.

Firefighters initial priorities were to secure the area around the hole to prevent any further soil from falling in onto the child. Two ladders were placed in order to distribute the weight and allow firefighters to make contact with the victim.

Additional resources were requested to the scene to assist in the rescue. Since the victim was alert and communicating with firefighters and due to the instability of the soil around the opening, a rapid extraction was effected by lowering pre-tied ropes down to the child which secured his torso, legs and upper extremities. The child was then extracted vertically from the hole without any complications in about 15 minutes.

The boy was transported to a local hospital to be examined. According to his parents, he suffered no injuries.

Employees from the City of Victorville, Public Works Department were contacted to cover the hole. It is unknown at this time how long the hole has existed.

[box type=”warning” align=”aligncenter” class=”” width=””]San Bernardino County Fire would like to remind citizens that if anybody should ever fall into a pit or sink hole to keep a safe distance until firefighters arrive. Soil can become soft and collapse unless specific precautions are put in place to secure the ground. This can risk the safety of the victim and potentially hurt would be rescuers.[/box] 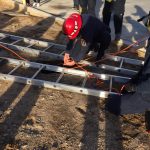 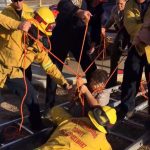 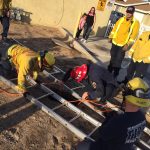