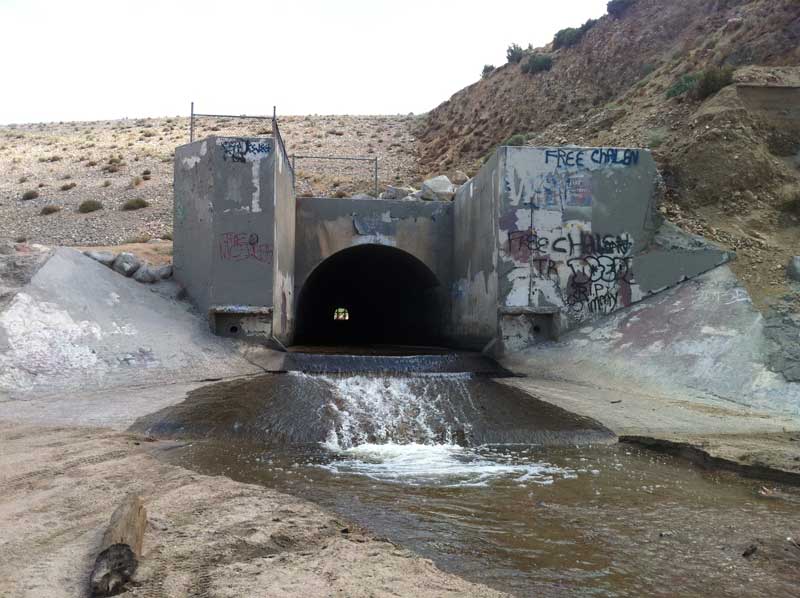 APPLE VALLEY-(VVNG.com): On Sunday, May 24th, at approximately 4:15 P.M., dispatch received a report of a missing 8-year-old boy at Deep Creek. According to a reporting party, the boy, described as Hispanic, was last seen at approximately 3:30 P.M., in the area of Deep Creek.

Per scanner reports, the boy, who was last seen wearing a red shirt and camouflage pants was located in the water at approximately 4:40 P.M. The boys seemingly lifeless body was located in the spillway, and CPR was administered just east of the water.

“He’s been found in the water they think he drowned my mother in law is performing CPR on him as we speak!” posted Becca Gaylor, a Victor Valley News Facebook group member.

Per scanner traffic, rescue was delayed due to the remote location of the incident scene and due to lack of vehicle access. Rescue crews arrived by both ground and air, resuming CPR for over a half hour before the boy was pronounced dead just before 5:20 P.M.

“The boy died. My parents were there. My dad was trying to clear his airway. His mom and brother were there, and hysterical,” commented Sara Shaw.

“We were there. Very, very, very, sad. His mother was worried, looking for him and someone pulled him from the water. I called 911, people were performing CPR and praying, telling him wake up Angel. People tried so hard and relentlessly. So very sad. God Bless him,” described Sandra Safford-klodnicki.

All vehicles that were parked near the Deep Creek area were ticketed while leaving. Deputies were also ordered to take a photo of each vehicle as it left the area.

More information will be updated as it becomes available. For the latest real-time updates join our FB group Victor Valley News.