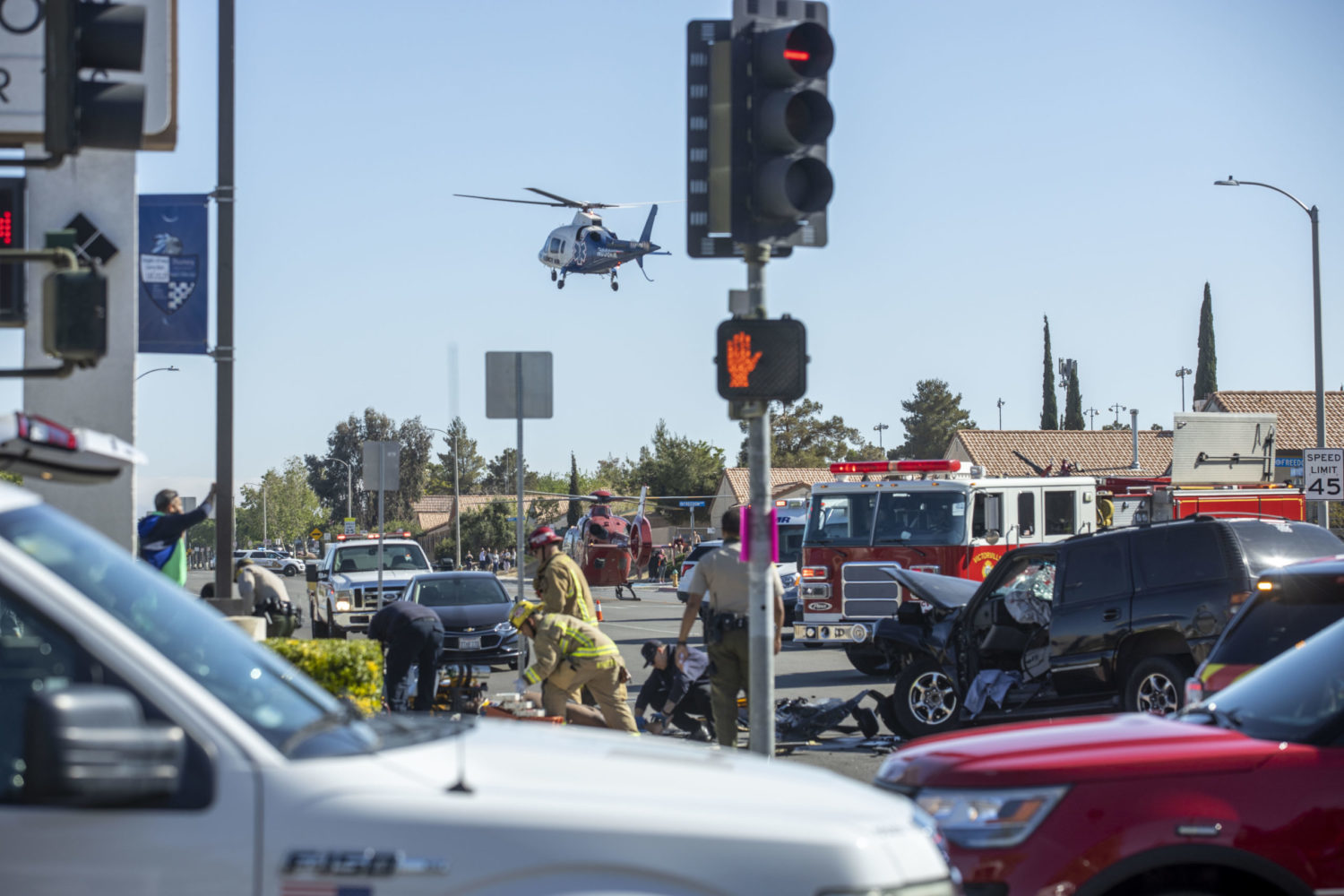 At approximately 3:51 pm, on April 23, 2021, Victorville City Fire responded to the crash reported at the intersection of Amethyst and Luna Roads.

According to witnesses, the accident was caused when the driver of a black Chevy Tahoe that was traveling at a high rate of speed, ran the red light and t-boned a sedan driven by a woman with three children. After the collision, the driver of the SUV foot bailed from the scene leaving behind one of his passengers who suffered a broken leg.

Victorville City Firefighters had to use the jaws of life to extricate two people trapped in different vehicles. They also determined they had a total of eight patients with two of them suffering from critical injuries and requested two helicopters to land at the scene.

The male driver who fled was located by deputies a short time later in an adjacent neighborhood. Additional details on his condition or possible charges were not available at the time of this article.

Nearly 7 hours after the crash, the roadway remains closed to motorists as the Sheriff’s Major Accident Investigation Team (MAIT) conducts its investigation into the cause of the crash.

Anyone with information about the incident is asked to call the Victorville Police Department at 760-241-2911.