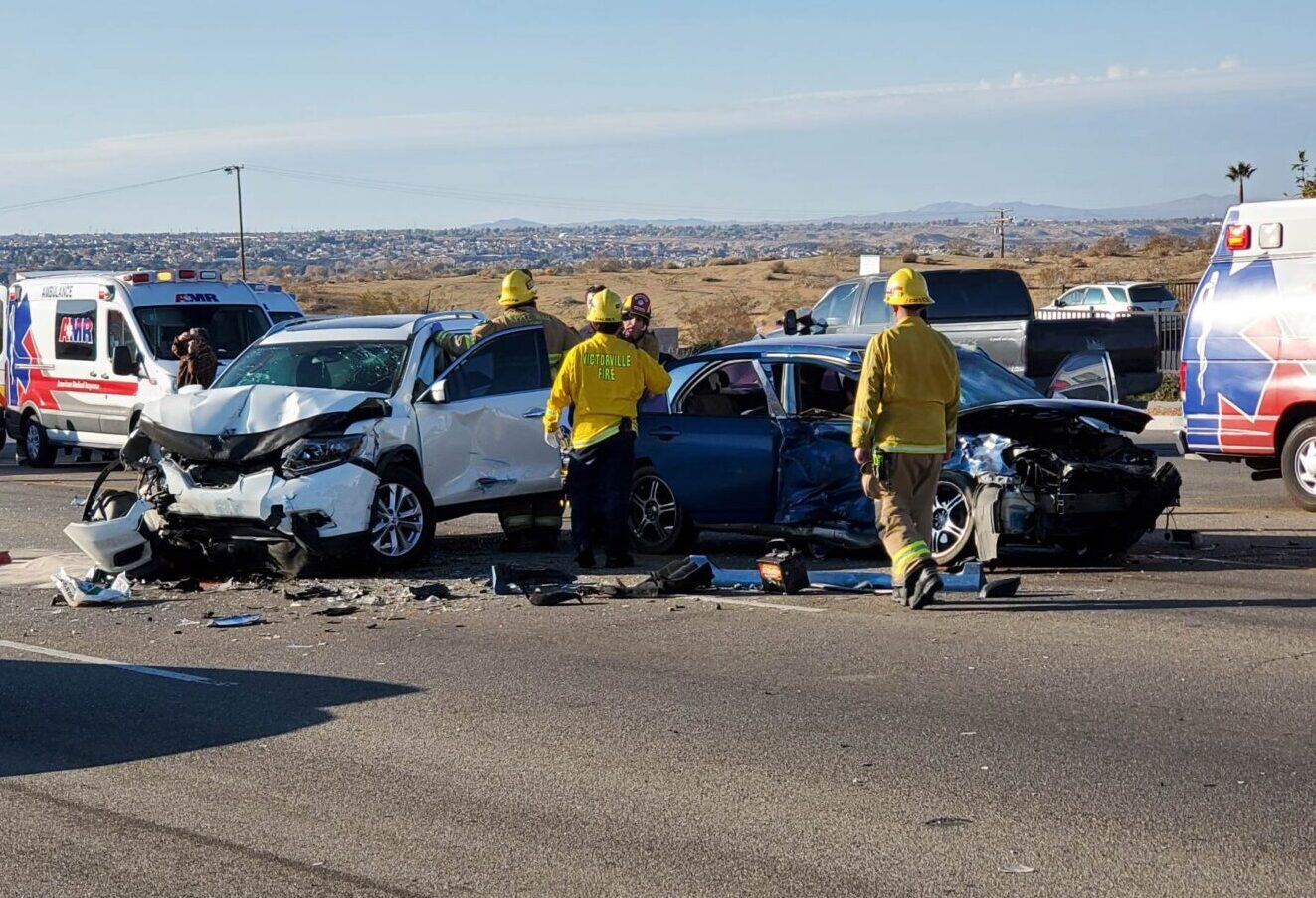 APPLE VALLEY, Calif. (VVNG.com) — A total of eight people were injured in a crash Saturday afternoon after a car reportedly swerved into oncoming traffic.

The crash occurred directly in front of the Tractor Supply located at 20340 Bear Valley Road in the Town of Apple Valley.

A total of three vehicles were involved in the collision; a blue sedan, a white SUV, and a brown pickup truck.

A witness told VVNG the blue sedan was traveling down the center divider at a high rate of speed. The driver then reportedly swerved into oncoming traffic for unknown reasons.

The witness said the driver of the blue sedan then tried to vacate the car with severe mouth trauma.

Per scanner traffic, several children were among the injured. Two of the eight occupants were listed in critical condition, with the other six occupants sustaining minor-moderate injuries.

Scanner traffic reported that one person left the scene, and was taken by a personal vehicle to a local hospital.

Just after 3 p.m., two tow trucks arrived at the scene to clear the vehicles from the roadway, which were blocking the eastbound lanes of Bear Valley Road, causing severe traffic.

The cause of the crash is under investigation by the Apple Valley Police Department. No further details were immediately available.