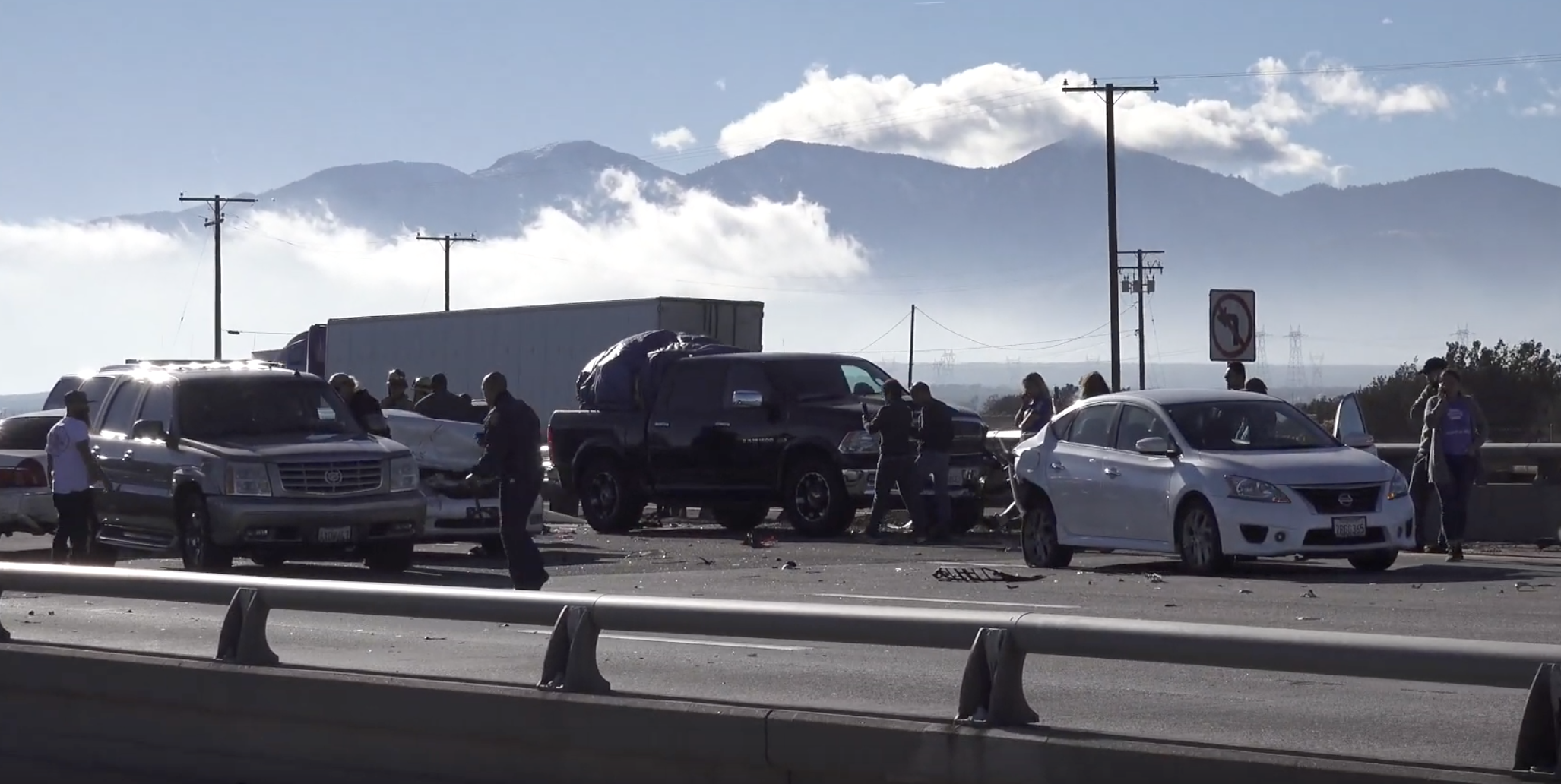 It happened at about 2:00 p.m. on the northbound 15 Freeway just before the Highway 395 onramp in the city of Hesperia.

At least eight to ten vehicles were involved in the crash that blocked multiple lanes.

The crash was initially reported with at least one person trapped, however, firefighters did not need to use the jaws of life.

No serious injuries were reported.

Most lanes of traffic were opened in less than an hour, with only the #1 lane remaining closed.