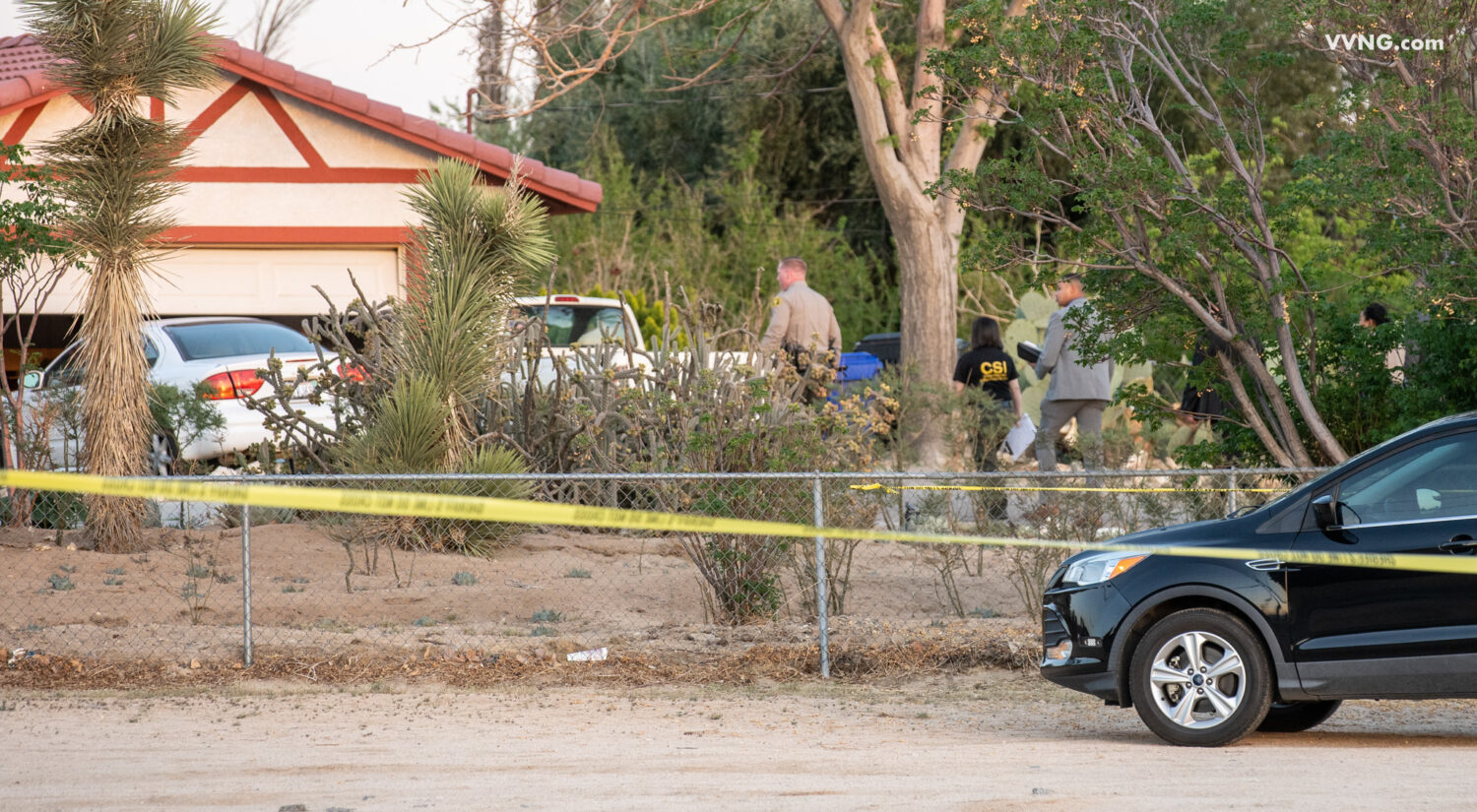 VICTORVILLE, Calif. (VVNG.com) — A 75-year-old woman identified as Maria Padel Wetzel was the victim of homicide while inside her Victorville home, officials said.

On Friday, April 8, 2022, at about 3:19 pm, deputies from the Victorville Police Department responded to a stabbing in the 15400 block of Topango Road.

Upon arrival, they found Maria lying on the kitchen floor with apparent stab wounds and she was pronounced deceased at the scene.

Investigators from the Sheriff’s Specialized Investigations Division-Homicide Detail responded to conduct the investigation.

The suspect was identified as 59-year-old Joel Anano Algario, who was known to the victim. However, officials did not specify how they knew one another.

Sheriff’s officials confirmed the suspect was located a short distance from the scene and taken into custody. He was arrested and booked at High Desert Detention Center for PC 187-Murder and is being held without bail. Algario is scheduled for a court hearing on April 12th.

The following day, deputies would find her stabbed to death inside of her home.

Anyone with information or anyone who may have witnessed the incident is asked to contact Detective Daniel Berumen, Specialized Investigations Division at (909) 387-3589.