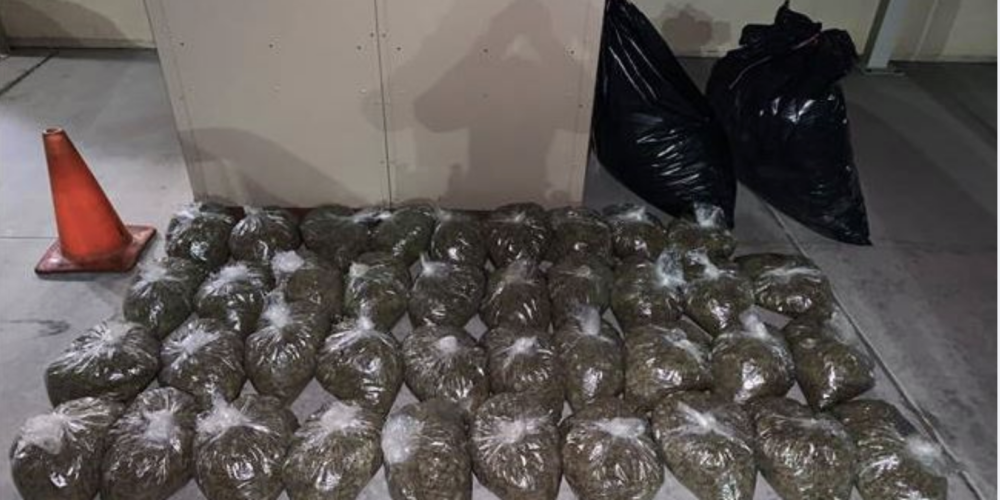 At about 9:41 pm, Deputy Jacob Rollins was patrolling around Bear Valley and Central Roads when he observed a white Toyota pick up driving with no lights on and conducted an enforcement stop.

The deputy made contact with the driver identified as Juan Haros, 26, of Lucerne Valley, and smelled a strong odor of marijuana.

According to a news release, Haros had no driver’s license which led to his vehicle being towed.

Haros was arrested for HS 11360 (a), Possession / Transportation of Marijuana For Sale. He was booked at the High Desert Detention Center and issued a citation for the misdemeanor charge.

The marijuana and a quantity of U.S. currency were taken as evidence.

Anyone with information about this investigation is asked to contact Deputy Jacob Rollins or Sergeant James Evans at the Apple Valley Police Department at (760) 240-7400 or Sheriff’s Dispatch at (760) 956-5001.