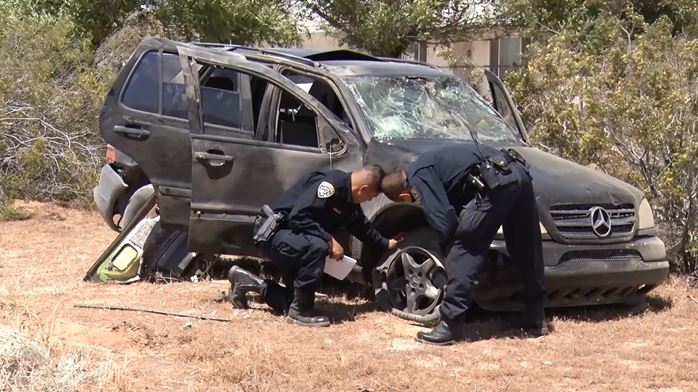 APPLE VALLEY, Calif. (VVNG.com) — A 7-year-old girl ejected in a rollover crash was airlifted to a trauma center Sunday afternoon.

Just before 1:00 pm, first responders were dispatched to a traffic collision in the area of Del Oro and Central Roads in Apple Valley.

According to the California Highway Patrol incident logs, a black Mercedes-Benz overturned and the driver’s daughter was ejected from the vehicle.

Firefighters from the Apple Valley Fire Protection District requested an airship to land at a nearby park and transport the patient to a trauma center.

The child was subsequently airlifted via a Mercy Air helicopter to Loma Linda University Medical Center with unknown injuries. A second ground ambulance responded to transport a second patient.

CHP in investigating the crash and additional information will be updated as it becomes available.

Woman rescued after crashing into the aqueduct in Hesperia