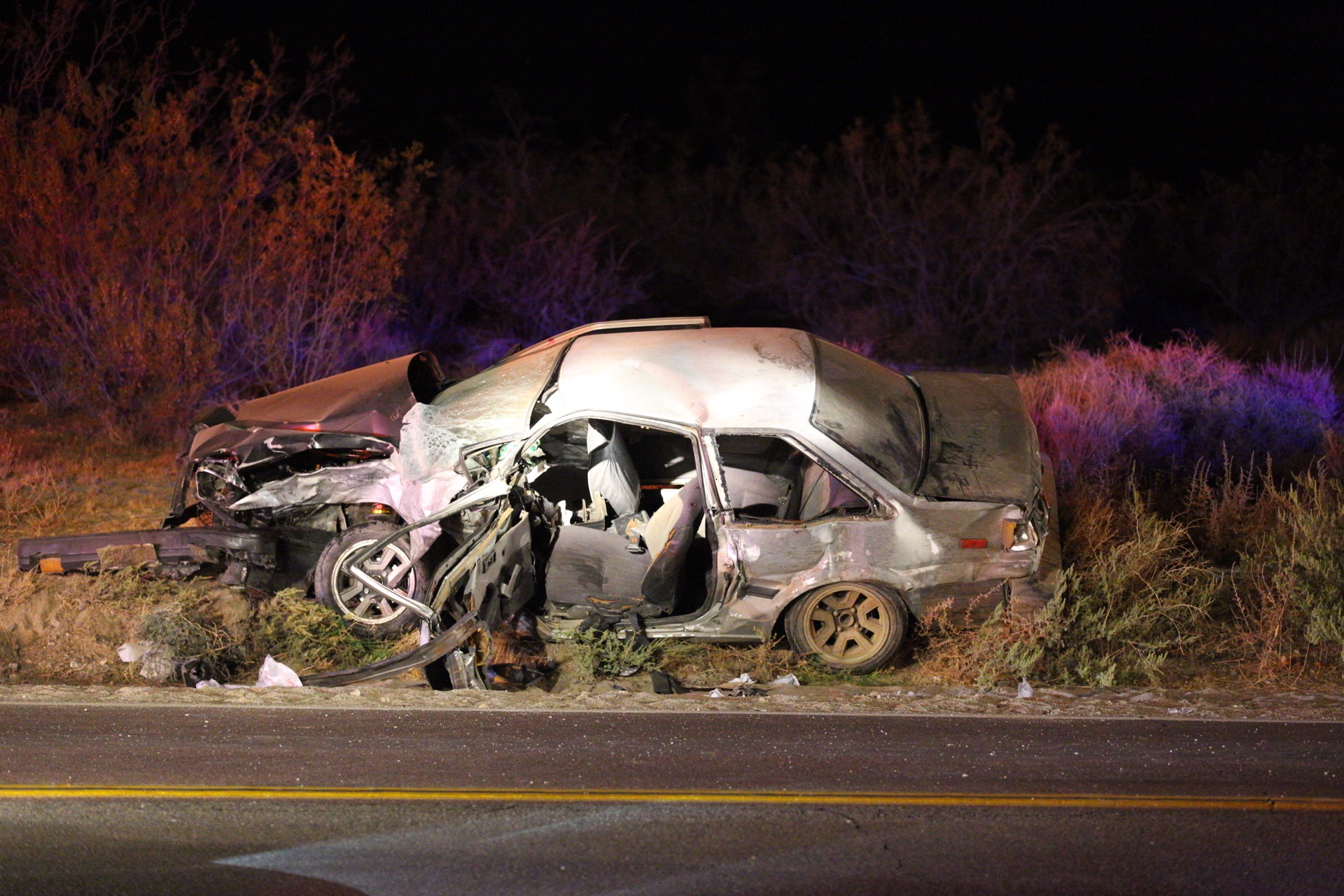 Phelan, Calif. (VVNG.com) A major traffic collision with extrication prompted a request for three air ambulances and several other resources on Wednesday night.

The two vehicle traffic accident occurred at the intersection of Duncan Road and Johnson Road just before 9:00 p.m.

According to Officer Furry with the California Highway Patrol, a light-colored sedan carrying three male passengers was traveling westbound on Duncan Road at speeds in excess of 70 miles per hour, based on preliminary reports.

The light-colored vehicle failed to stop at the two-way stop sign and t-boned a black Pontiac that was traveling northbound. The northbound vehicle was occupied by a female driver and three young children.

Elloy Lewis and his friend Michael Orozco told Victor Valley News that they arrived on scene seconds after the accident occurred, “We got to one car on its side that had kids in it, and that became our main focus. We got the kids out the car and looked down the road and noticed another car further down. The male driver in that car was unresponsive and one man was ejected and another trapped.”

A total of 7 patients were transported to various hospitals, four of which were listed to have suffered major injuries, and three with moderate injuries.

The landing zone for the three helicopters were established at the Stater Brothers grocery store in the Phelan community. The patients were flown out to various trauma center. 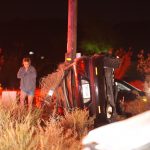 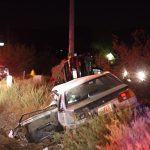 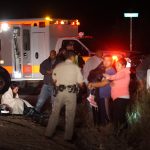 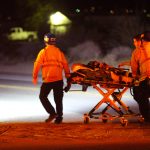 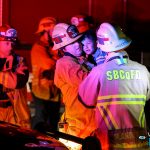 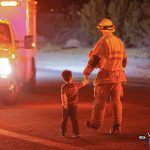