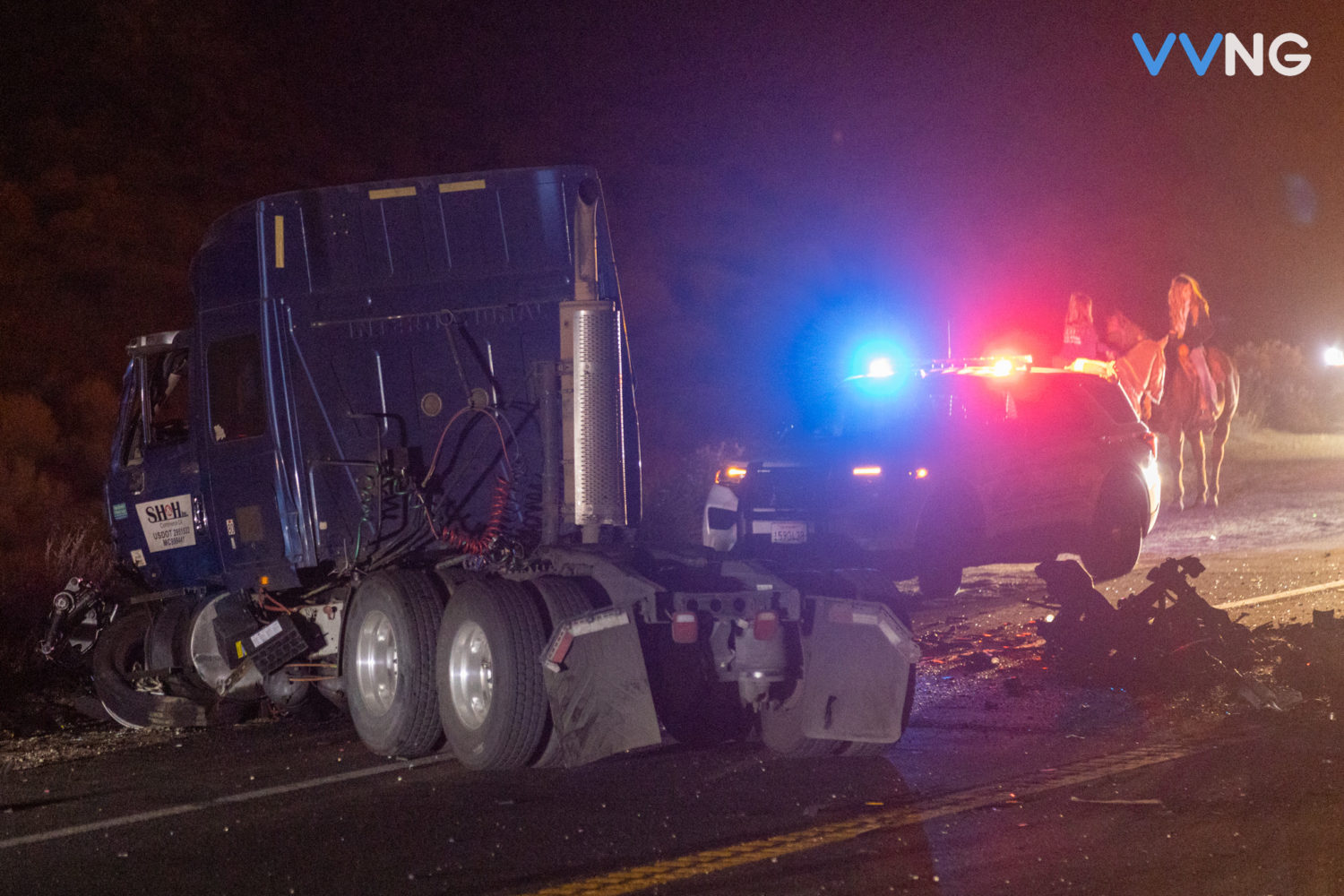 HESPERIA, Calif. (VVNG.com) — Sheriff’s officials said a total of 14 cattle died following a head-on crash between two semi’s that was caused by an abandoned motorcycle in the roadway, officials said.

Sheriff’s officials at the scene determined that a 2012 International semi-truck was driving south on US Highway 395 when he struck an abandoned motorcycle in the southbound lane of traffic.

According to a news release, the collision caused the International to cross over into the northbound lane and collide head-on with a 2022 Kenworth semi-truck. The Kenworth overturned and was found to contain 32 head of cattle.

The driver of the Kenworth, a 58-year-old male from South Dakota, was trapped in his vehicle and required extrication. Officials said he suffered moderate injuries during the collision and was later transported to a local hospital for advanced treatment.

The driver of the 2012 International, a 41-year-old male from Pomona, received no injuries and was treated and released at the scene.

“Investigators believe that for unknown reasons, the motorcycle was abandoned in the roadway and investigators are actively attempting to identify the driver who fled the scene prior to or at the time of the collision,” stated the release.

As a result of the collision, 7 of the cattle were deceased, 7 were severely injured and were euthanized at the scene to prevent extended suffering, 8 of the cattle survived the collision and were rescued from the trailer with the assistance of several local ranchers, and 10 escaped into the desert.

With the assistance of City of Hesperia Animal Control and the local ranchers, the 10 escaped cattle were found and rounded up.

US Highway 395 remains closed while Caltrans conducts extensive hazmat recovery and tow companies remove the debris. Anyone with information or anyone who may have witnessed the collision is asked to contact Deputy T. Rogoff at the Hesperia Station.