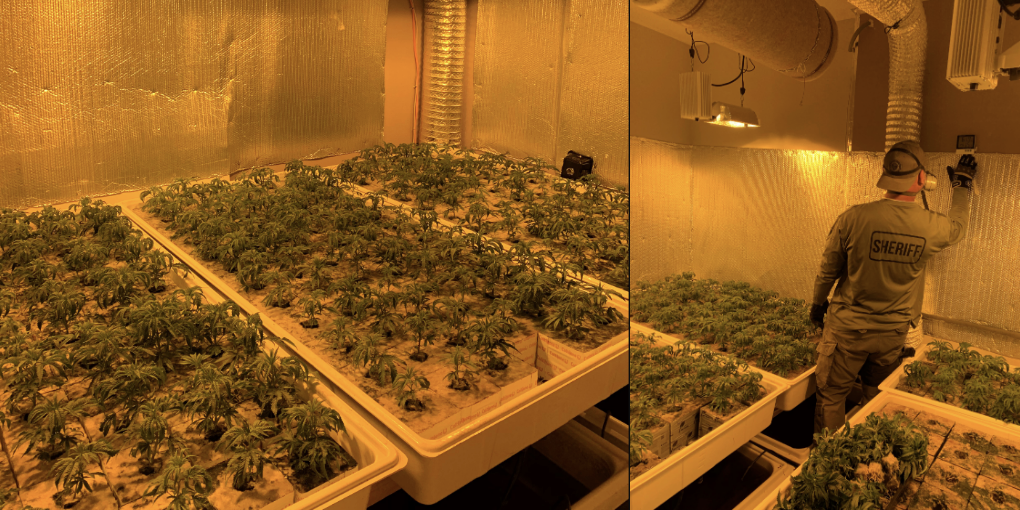 ADELANTO, Calif. (VVNG.com) — Authorities seized 644 marijuana plants from an illegal grow inside a home in Adelanto.

On Thursday, October 31st, beginning at approximately 10:00 a.m., investigators from the Sheriff’s Gangs/Narcotics Division – Marijuana Enforcement Team (MET) served a search warrant at a residence in the 14300 block of Greta Drive in the city of Adelanto.

According to a sheriff’s news release, “the location had an indoor marijuana grow operation that used advanced lighting, air conditioning, fans, exhaust blowers and air filtering systems, which had been used to control the climate inside the residence, as well as the odor of marijuana coming from it.”

Investigators discovered an electric sub-panel had been installed inside the residence, which greatly overloaded the electric lines leading into the house, as well as additional lines that had been run inside the house to power all the marijuana cultivation equipment.

The extreme measures used to illegally grow marijuana endangers the public living nearby. An electrical short caused by the non-permitted electrical wiring could easily cause a fire. The electrical power to the residence was disconnected so the faulty wiring would not create a further hazard for the public.

Personnel from the Adelanto Code Enforcement Division will begin their own investigation. The electrical power was disconnected by Southern California Edison and the residence will be “red tagged” as unsafe to occupy.