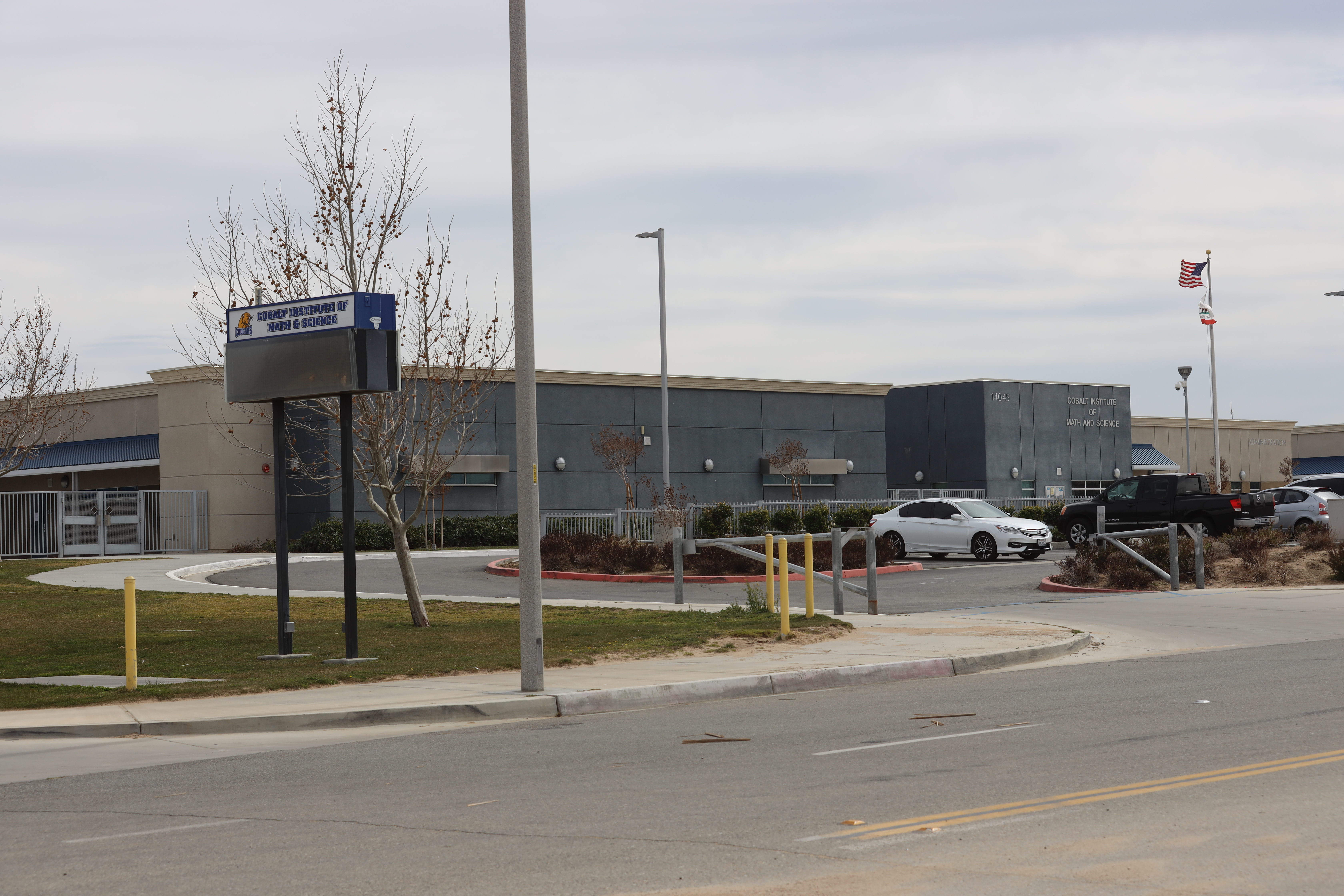 VICTORVILLE, Calif. (VVNG.com) — An alleged “hit list” intended to hurt students at Cobalt Institute of Math and Science was determined to be a hoax, officials confirmed.

According to a sheriff’s news release, on March 19, school administrators were made aware of a student who was reportedly telling others he had a hit list and was going to carry out a school shooting.

Deputies and Detectives from the Victorville Police Department were notified and immediately began an investigation into the allegations.

“After an extensive investigation, including interviews with school staff, students and parents, it was determined the incident was a hoax and there was no credible threat,” stated the release.

Sheriff’s officials said additional deputies will remain on the campus today as a precautionary measure.

Cobalt Institute of Math and Science administration investigated an allegation that a student posed a threat to other students this week. Staff called the San Bernardino County Sheriff’s Department, and after a thorough investigation, deputies determined that there is no credible threat.

Deputies are currently investigating a fraudulent Instagram account impersonating a student. If you see screenshots of these false posts, please do not share or circulate them. The Sheriff’s Department is working to find the creator(s) of the fraudulent account.

School is proceeding normally, and our campus is not in any danger. Deputies are on campus today to help address any concerns. The safety of our students and staff is of the utmost importance, and we will continue to rigorously investigate any possible safety issues that may arise.

Officials said the investigation is on-going, as Detectives continue to attempt to identify the original source of the threat.

Many of you have seen the recent post on VVNG regarding a possible threat to our school. We are aware of the post and law enforcement has been notified. It was determined that this was a hoax. School is open, and it is safe for our students to be on campus.