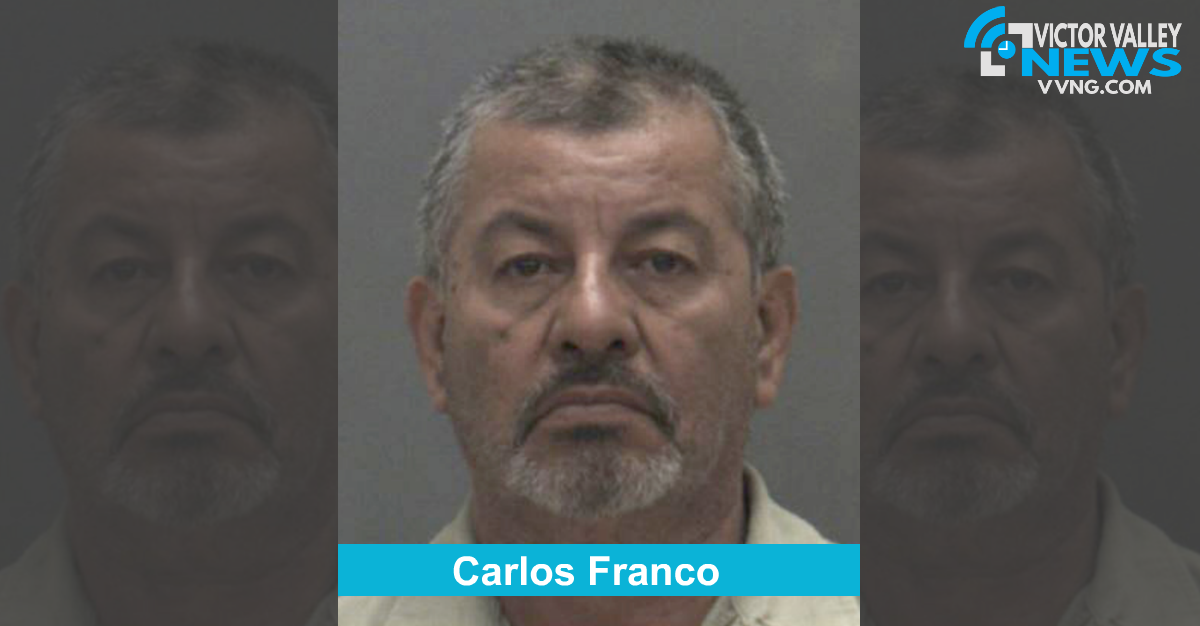 VICTORVILLE, Calif. (VVNG.com) Carlos Franco, 61, a resident of Victorville was arrested for molesting a young girl under the age of 14, officials said.

On August 9, 2017, deputies from the Victorville Police Department were requested to investigate allegations of sexual abuse against a child.

“The female victim told her mother that Carlos Franco had engaged in sexual behavior with her. The alleged abuse had been occurring over an unknown period of time when she was alone with the suspect,” sheriff’s officials said in a press release.

Following an extensive investigation, authorities served a search warrant for the arrest of Franco. On August 10th  Franco was arrested and booked at High Desert Detention Center for lewd and lascivious acts with a child and oral copulation.

A booking photo of Franco is being released, as it is believed that other victims may exist.

Authorities have not stated what the relationship the victim and the suspect had.

Anyone with information about this investigation is asked to contact Deputy Alicia Jackson or Detective Gerardo Moreno at the Victorville Police Department, at (760) 241-2911. Callers wishing to remain anonymous are urged to call the We-Tip Hotline at 1-800-78CRIME (27463) or you may leave information on the We-Tip website at www.wetip.com.

Did you receive a spam call about a free cruise? If so, you might be owed money

Victorville transient arrested twice in one day for resisting arrest