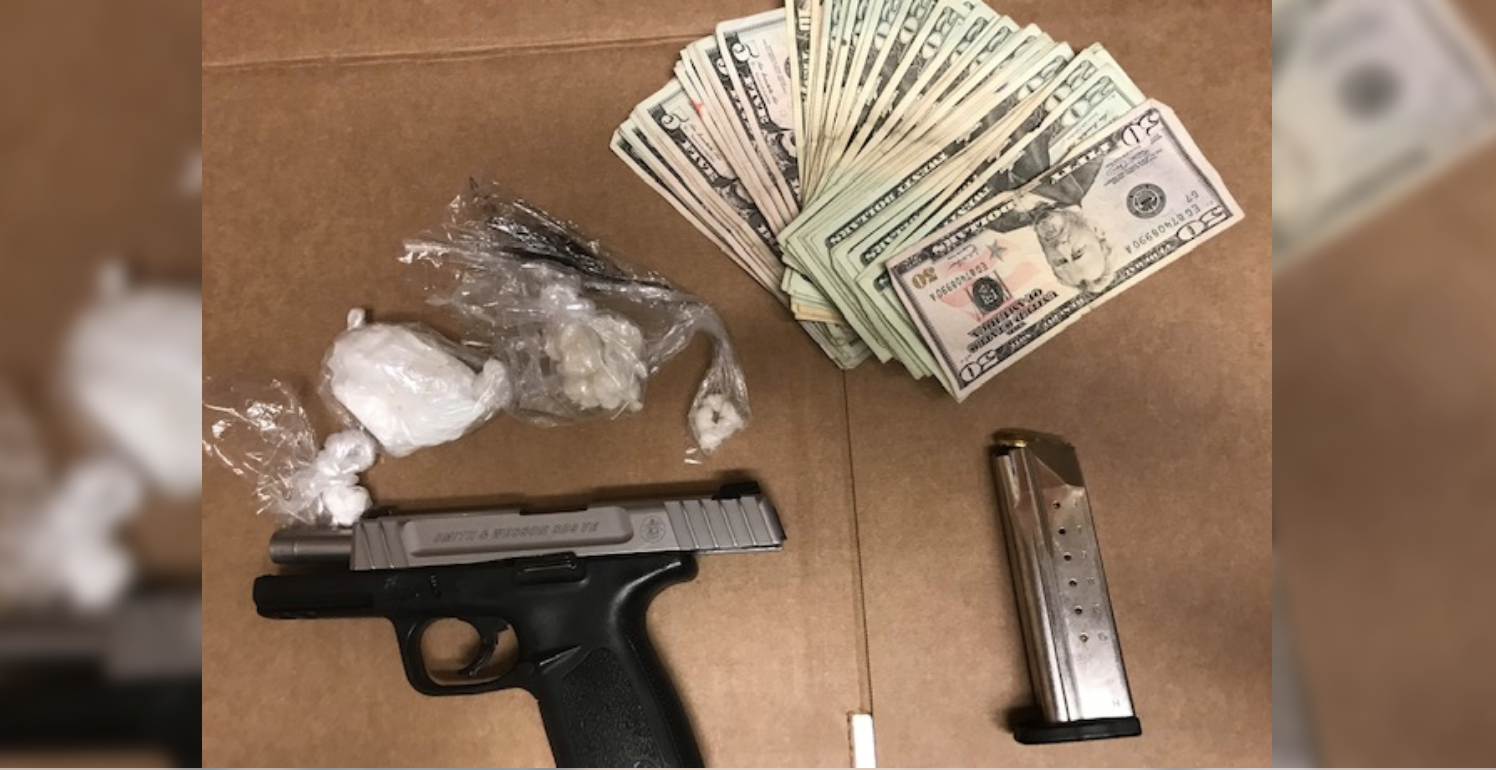 Upon arrival, Deputy Faylor learned the victim and her boyfriend, Teddy Mixson a 37-year-old resident of Apple Valley, had been involved in a domestic dispute.

Officials said Mixson left the location prior to the deputy arriving but the victim was able to provide a description of the vehicle he was in.

A short time later, the deputy located a vehicle matching the description at the Circle K at 20920 Bear Valley Road.

“Deputy Griego contacted the driver Shannon Smith, a 47-year-old resident of Apple Valley, and found 60 grams of cocaine and $840 in US currency in his pant pockets,” stated a sheriff’s news release.

Mixson was in the passenger seat of the vehicle and was found to have a misdemeanor warrant.

According to officials, “During an inventory search of the vehicle a stolen Smith & Wesson 9mm, containing a high capacity magazine, was located in the center console.”