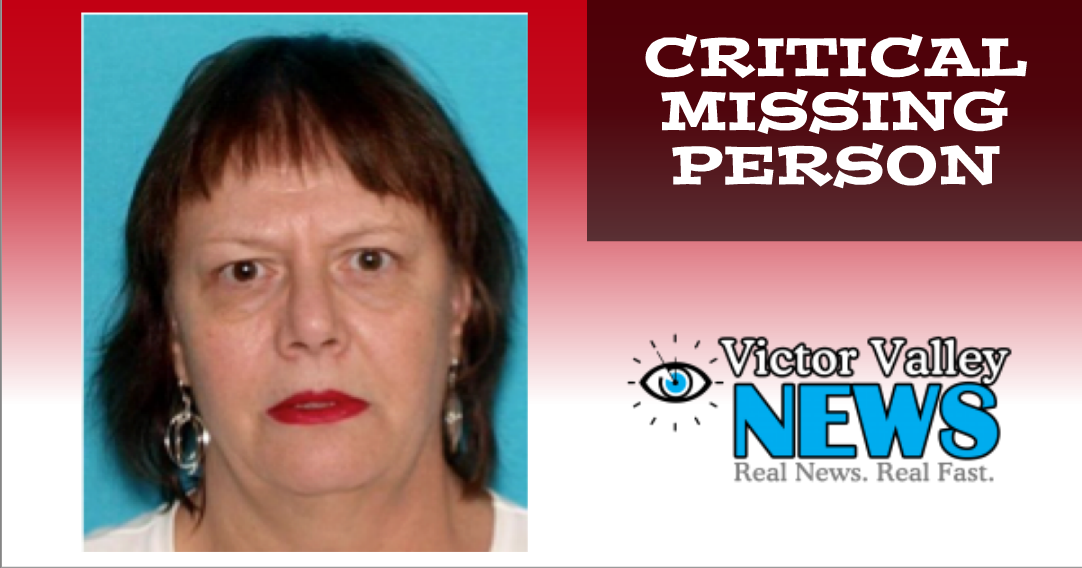 VICTORVILLE:(VVNG.com)- The Victorville Police department is asking for the public’s help in location a critically missing woman.

According to authorities, she recently learned of a friends terminal illness and due to this, called the friend telling her that she couldn’t live without her friend. Bocek is schizophrenic, Bi-Polar, has dementia and short-term memory.

Bocek is described as a White Female, 5’0″, 150 pounds, with brown hair and brown eyes. She was last seen wearing a white T-shirt, pink shorts, pink shoes and carrying a black cat handbag.

Anyone with information is urged to contact Detective Dana Weinberg at 760-243-1989.