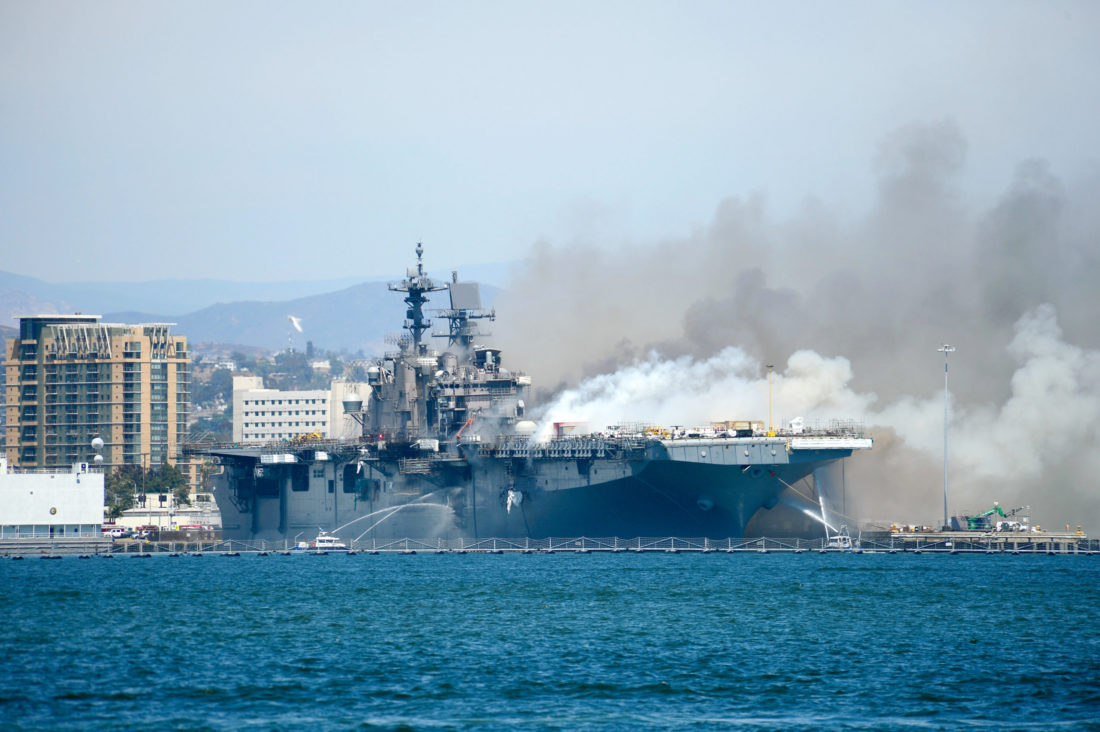 SAN DIEGO Calif. (VVNG.com) –Dozens of people were injured following a fire aboard the USS Bonhomme Richard (LHD 6) while it was moored pier side at Naval Base San Diego on the morning of July 12, 2020.

According to the Navy officials, 57 personnel, both U.S. Navy Sailors and civilians, have been treated for minor injuries including heat exhaustion and smoke inhalation. Of those, 5 remain hospitalized for observation and are currently in stable condition.

“Currently there are two firefighting teams fighting the fire aboard the ship,” said Federal Fire San Diego Division Chief Rob Bondurant. “Federal Fire is rotating their crews aboard the ship with U.S. Navy firefighting crews from the waterfront to fight the fire in order to, find the seat of the fire and extinguish it.  Also, Navy Region Southwest tugs are also continuously combatting the fire from the bay”

Bonhomme Richard is in San Diego for a regularly scheduled maintenance availability. The origin of the fire is still unknown and is pending investigation.

Highest smoke concentrations (blue/yellow) will shift through the day as onshore breeze kicks in. Good news is smoke should lift somewhat as temps heat up. (1/2) pic.twitter.com/u88WYk4ES6