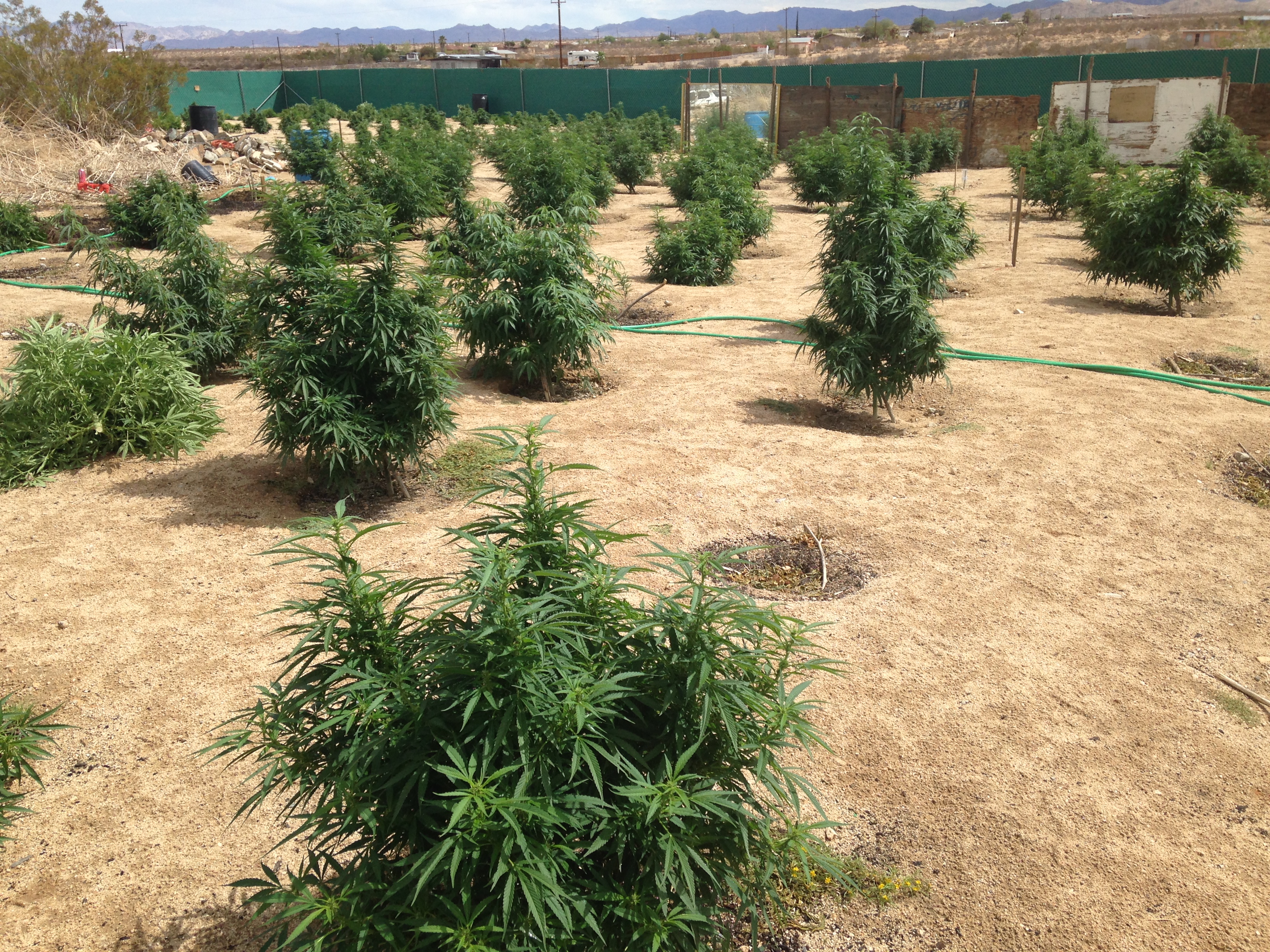 HELENDALE:(VVNG.com)- The marijuana enforcement team seizes 5,557 marijuana plants along with 171lbs of processed marijuana and firearms in multiple unincorporated areas of San Bernardino County over a two day period, between Wednesday, August 20, 2014 and Thursday, August 21, 2014.

According to a press release, members of the San Bernardino County Sheriff’s Department Marijuana Enforcement Team conducted investigations resulting in the service of 9 search warrants at residential properties in various unincorporated areas of San Bernardino County, to include the communities of Joshua Tree, Landers, Bloomington and Helendale. The locations were found to have large-scale outdoor marijuana cultivations. The marijuana plants were growing in unsecured fenced in areas, commonly referred to as “Plywood Grows.” The investigations revealed all of the marijuana cultivation operations were illegal and not in compliance with California medical marijuana laws.

The investigations resulted in total seizures of 5,557 marijuana plants, 171.5 pounds of processed marijuana, 4 firearms (2 sawed off shotguns, 1 with serial number removed) and a large quantity of Hydrocodone pills and the arrest of 14 suspects. The large amount of marijuana seized at the individual locations suggests the suspects had no intention of abiding by the states medical marijuana laws and were strictly for-profit operations. Many of the suspects were utilizing fictitious medical marijuana recommendations in an effort to deceive law enforcement personnel into thinking the operations were legitimate.