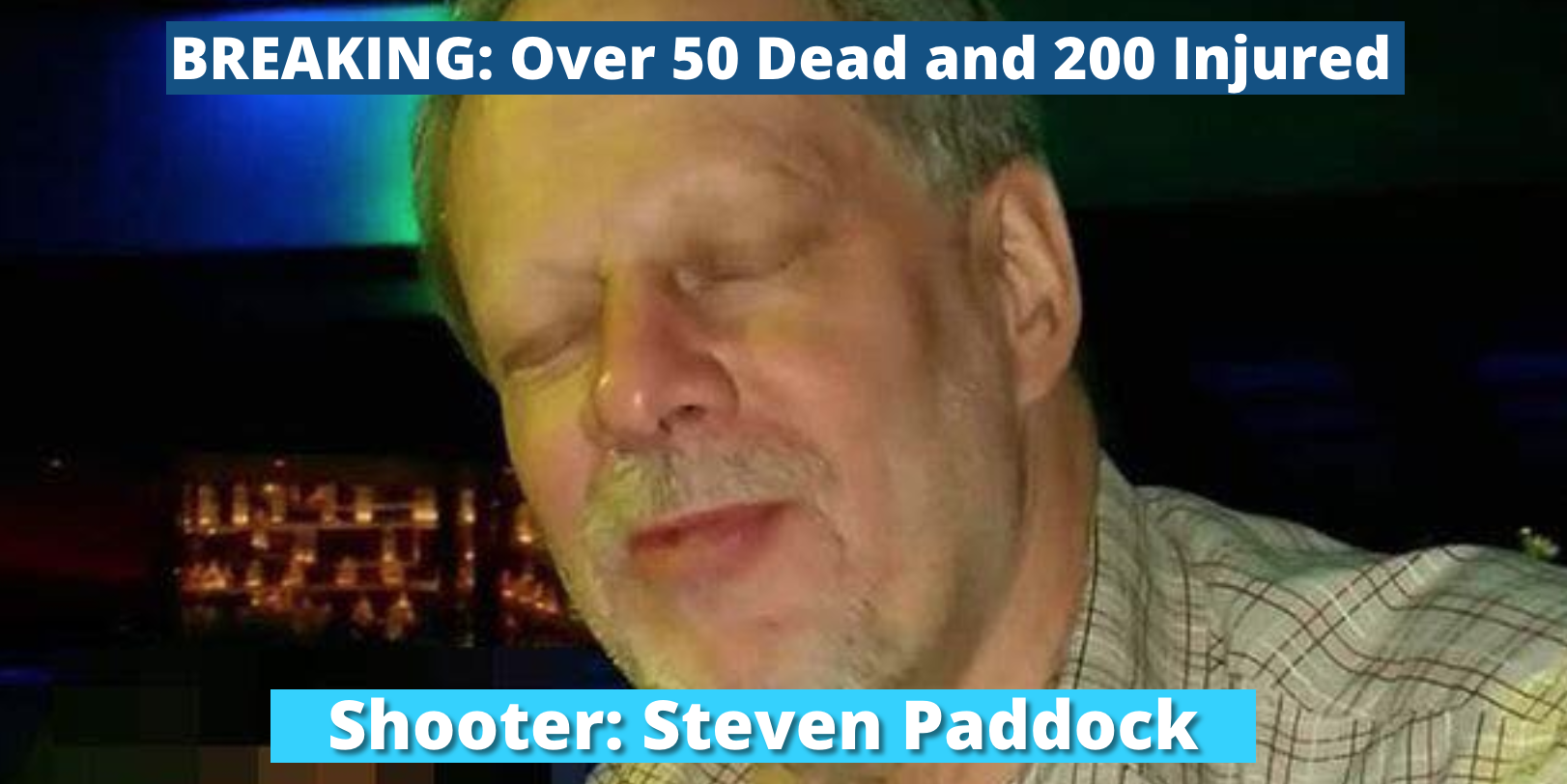 LAS VEGAS, NEVADA (VVNG.com) At least 50 people are dead and over 200 are injured after a gunman opened fire above the Las Vegas Strip.

The LVMPD Chief Officer said the gunman, who was found dead on the 32nd floor from a self-inflicted gunshot wound, was identified as Steven Paddock, a 64-year-old White male adult of Las Vegas.

Police confirmed they found 10 rifles inside Paddock’s hotel room and said he checked into his room on September 28th.

A crowd of people attending the Jason Aldean concert at the Las Vegas Village on the south end of the Strip was the target of Paddock’s madness.

Social media was flooded with videos of the tragic event as it unfolded, video that would appear as if it was being filmed for a Hollywood movie. Terrified crowds of people ducked for cover not knowing the shots were coming from above.

Metal railings that were used to contain a crowd of 30,000 concert-goers just before the shooting suddenly became gurneys for those injured and dead. Good Samaritans used the railings as a way to transport those injured to pickup trucks to be rushed to a hospital.

The Las Vegas Massacre, as it’s being called across the globe, is now ranked as the deadliest mass shooting by a single shooter in U.S. recorded history since 1949, surpassing the Orlando Florida’s Pulse Nightclub shooting, in which 49 people died and 58 were injured on June 12, 2016.

The FBI will assist local Las Vegas law enforcement with the investigation and to determine a motive for the shooting.

Mandalay Bay Hotel Tweeted saying “Our thoughts & prayers are with the victims of last night’s tragic events. We’re grateful for the immediate actions of our first responders,” and additionally said, “Law enforcement requested that we put hotels in the vicinity on lockdown to ensure guest safety.”

Investigators say they are confident that they have found a woman they were previously seeking, identified as Marilou Danley, who was initially believed to be traveling with Paddock. Danley was located out of the country and is not suspected of being involved in the crime.

The investigation is expected to be lengthy and tedious, possibly keeping the heavily-trafficked Las Vegas Strip closed for several hours. 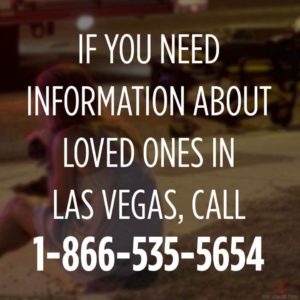