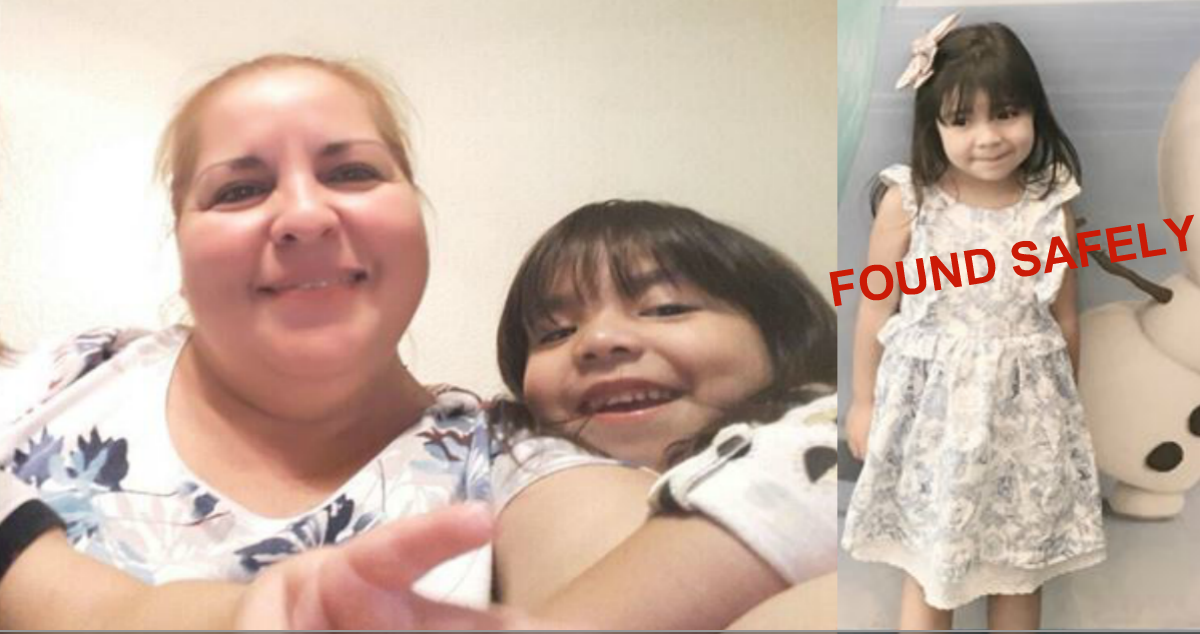 UPDATE 7/23 @ 5pm – Aleysha Martinez-Ruiz was located safely in Mexicali; authorities are working to reunite her with her mother.

On July 23, 2017 Victorville Detectives were notified that Aleysha was located unharmed, by Mexican officials, with her grandparents in Mexicali. Detectives contacted authorities with Mexico’s Children and Family Services and they will be working with Aleysha’s mother to reunite them. Aleysha will remain in the custody of the authorities until that time.

VICTORVILLE, Calif. (VVNG.com) Detectives are asking for the public’s help in tracking down Luz Maria Garza-Ramones for the abduction of her grandchild, authorities said.

“Luz Maria was visiting from Monterrey, Mexico, and it is believed Luz Maria is trying to take Aleysha back to Monterrey to be with the rest of the family,” sheriff’s officials said in a press release.

Luz Maria does not have a vehicle and they may be traveling by bus.

The grandmother, Luz Maria is a Hispanic female, 5,8″, 220 lbs., with blonde hair and brown eyes. She was last seen wearing a red blouse and blue shorts.

Aleysha was last seen wearing a white dress with a gold zipper on the back.

Detectives are actively working this case and urge anybody with information is urged to contact Detective Long at (760)241-2911.