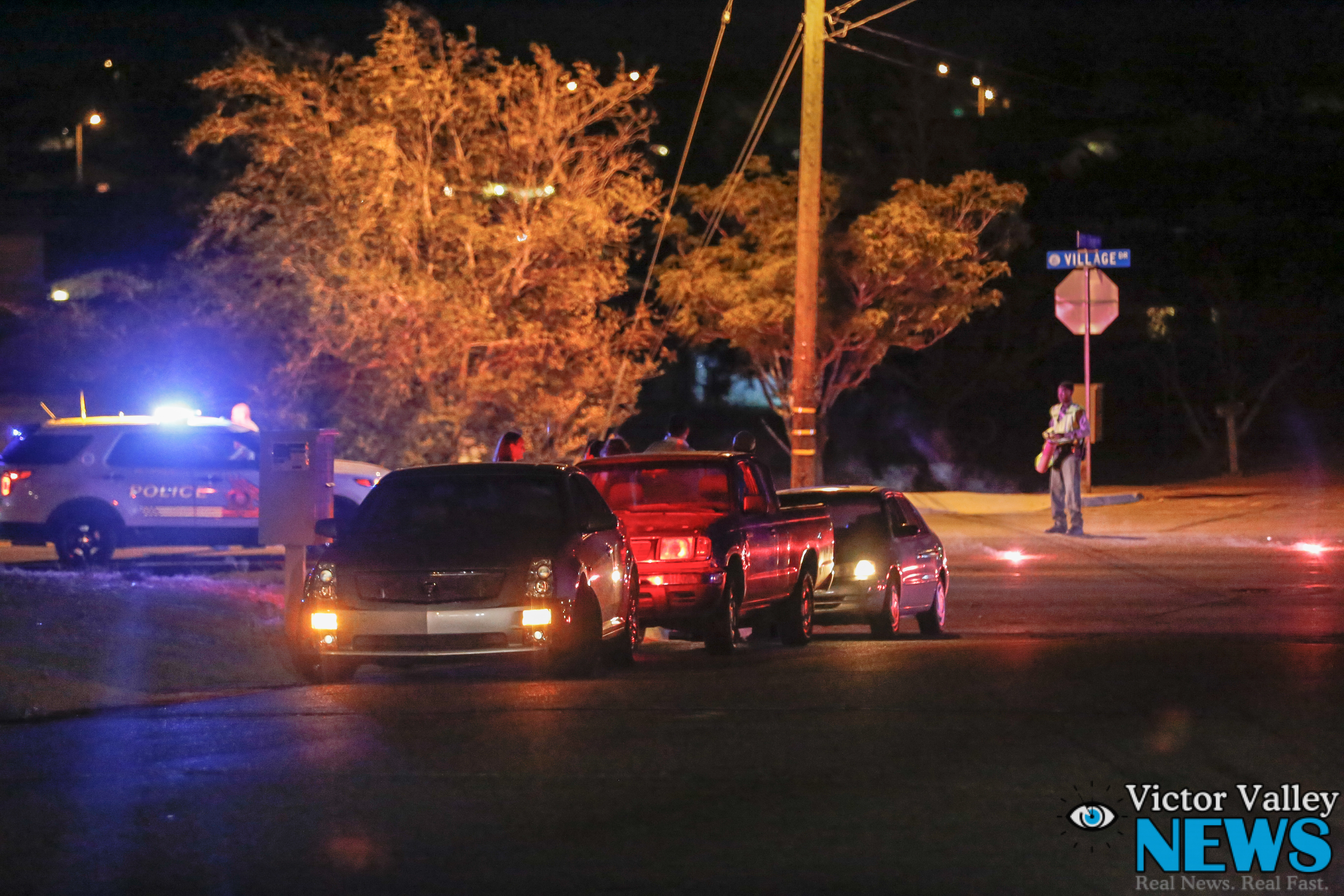 VICTORVILLE, CALIF– A child was airlifted to a trauma center with serious injuries after being struck by a vehicle Wednesday night.

On August 3, 2016, at approximately 8:08 p.m., deputies from the Victorville Police Department, responded to a call of a pedestrian struck by a vehicle. When deputies arrived at the scene, they discovered a 5-year-old girl had been struck as she was attempting to cross Village Drive with her uncle.

The girl and her uncle were crossing Village Drive, at the unmarked intersection of Eto Camino Road, when she was struck by an older model Nissan Frontier.

The driver of the Nissan, a 51-year-old Victorville man, was traveling Northbound on Village Drive when he spotted the pedestrians. He swerved, trying to avoid the two, but struck the girl. She suffered a severe break to her left leg and was airlifted to Loma Linda Trauma Center. The uncle and driver of the Nissan were both uninjured.