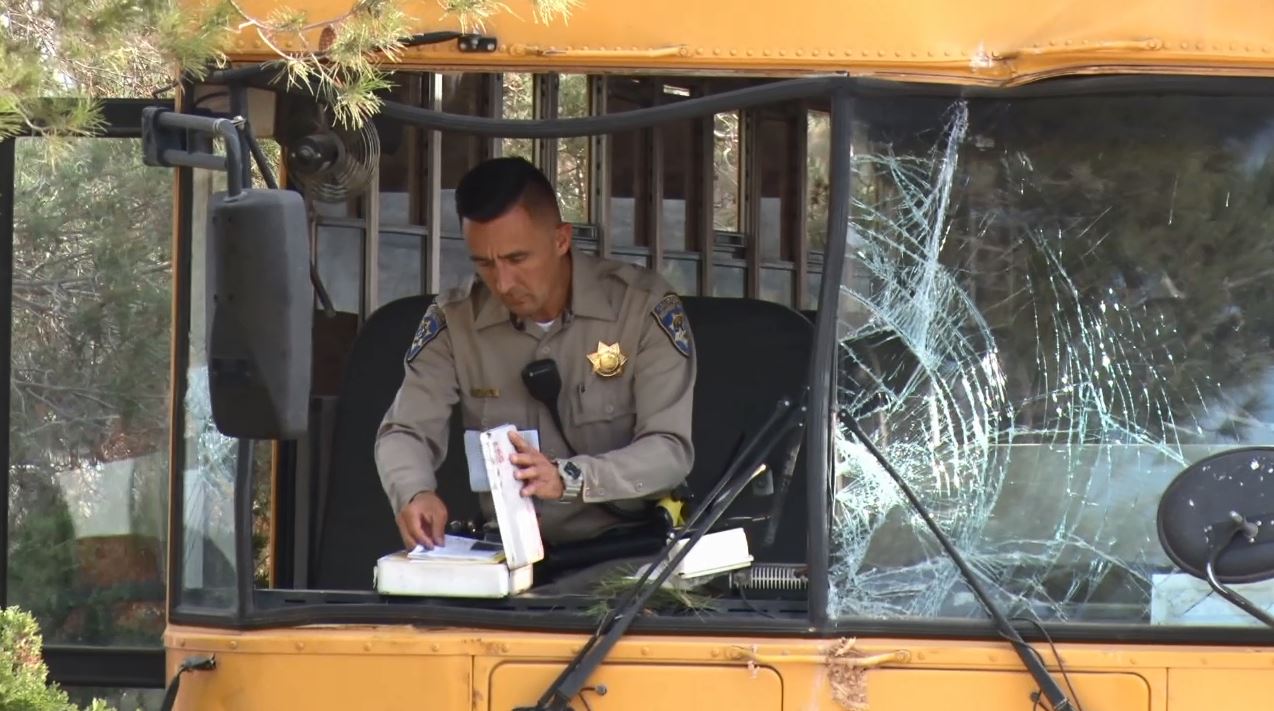 Hesperia, Calif. (VVNG.com) – Five students were taken to various hospital with minor injuries following a Friday afternoon crash between a car and a school bus.

The crash occurred at Pendleton Street and Oakwood Avenue in Hesperia at 2:25 p.m. November 3.

According to officers with the California Highway Patrol, a total of 35 students were on an International School Bus carrying 35 students from Hesperia High School

“The driver of the International School Bus, along with five of the students aboard, aging between 14 and 17 years of age, were transported to local hospitals with minor injuries,” CHP officials said.

The driver of the Ford, a 26-year-old woman from Hesperia, received minor injuries and was transported to a local hospital for treatment. “A 4-year-old female passenger in the Ford, who was properly restrained in the rear passenger area, was uninjured,” officials said.

“The driver of the Ford Escape failed to stop at the posted stop sign, entered the intersection and collided with the right portion of the International School Bus,” officials said in a news release

Following this impact, the International School Bus continued in a northwest direction off of the roadway, where it collided with an Edison power pole, before traveling through a chain-link fence, coming to rest in a residential area. The Ford Escape was redirected to the north where it ultimately came to rest on the east shoulder of Oakwood Avenue.

Alcohol or drugs are not believed to be a factor in this collision.

This investigation is ongoing and will be handled to its conclusion by Victorville CHP. Anyone with any information regarding this collision is encouraged to contact Officer M. Fernandez at (760) 241-1186 within normal business hours.