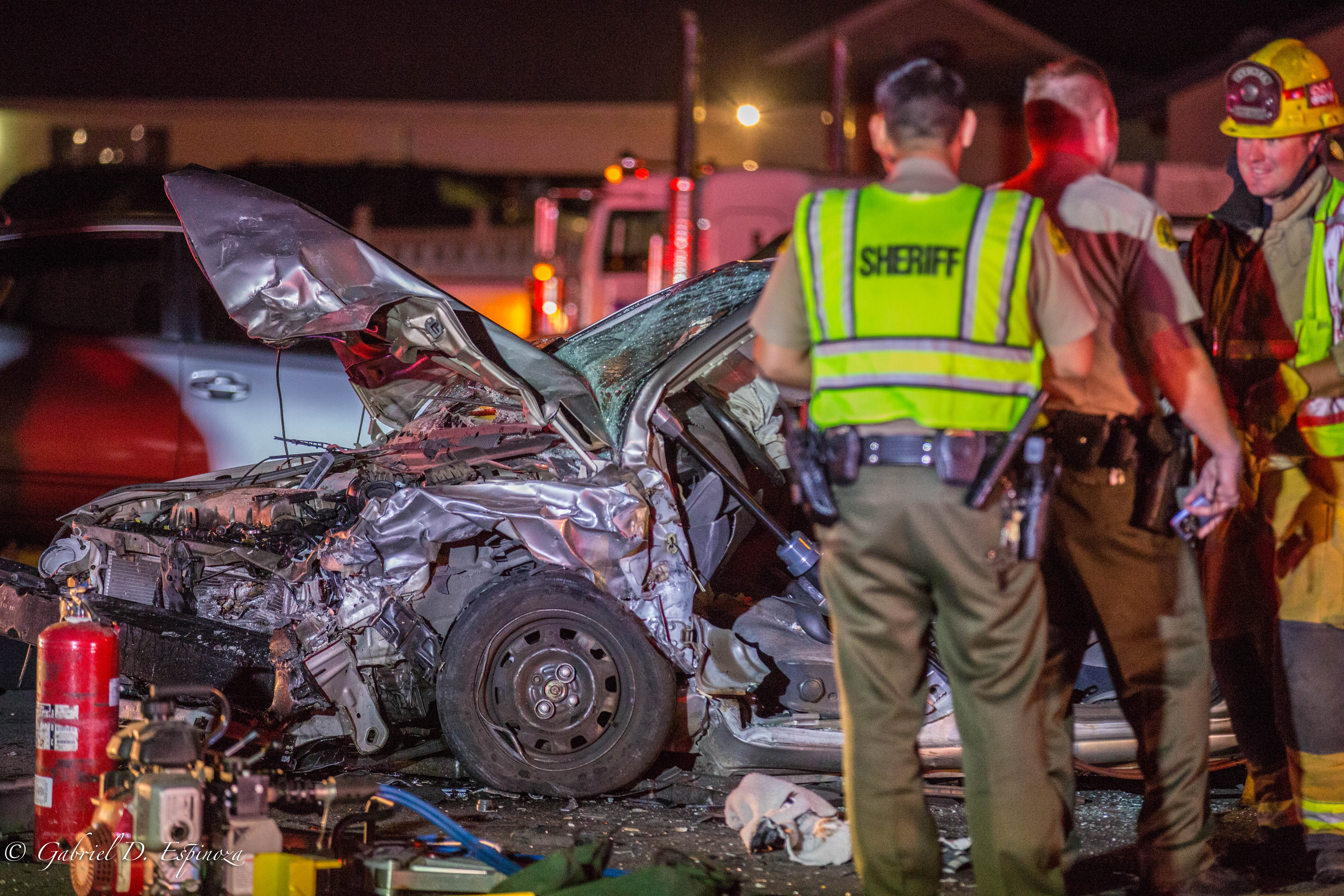 The accident occurred around 8:24 p.m. at Bear Valley and Algonquin Roads involving a 2014 Chevrolet Cruze and another sedan.

According to Battalion Chief Buddy Peratt, one person was listed in critical condition. A helicopter was requested to land at the scene of the accident to transport the male adult that was extricated to a trauma center.

The other subjects involved were transported by ground ambulance to local hospitals.

One of the occupants in the Chevy is reportedly 6 months pregnant according to a witness who was first on the scene.

It’s unclear how the accident occurred at this time. The accident is being investigated the Apple Valley Sheriff’s Station.

Both east and westbound lanes of Bear Valley Road remain closed as of 10:00 p.m. surrounding the accident.