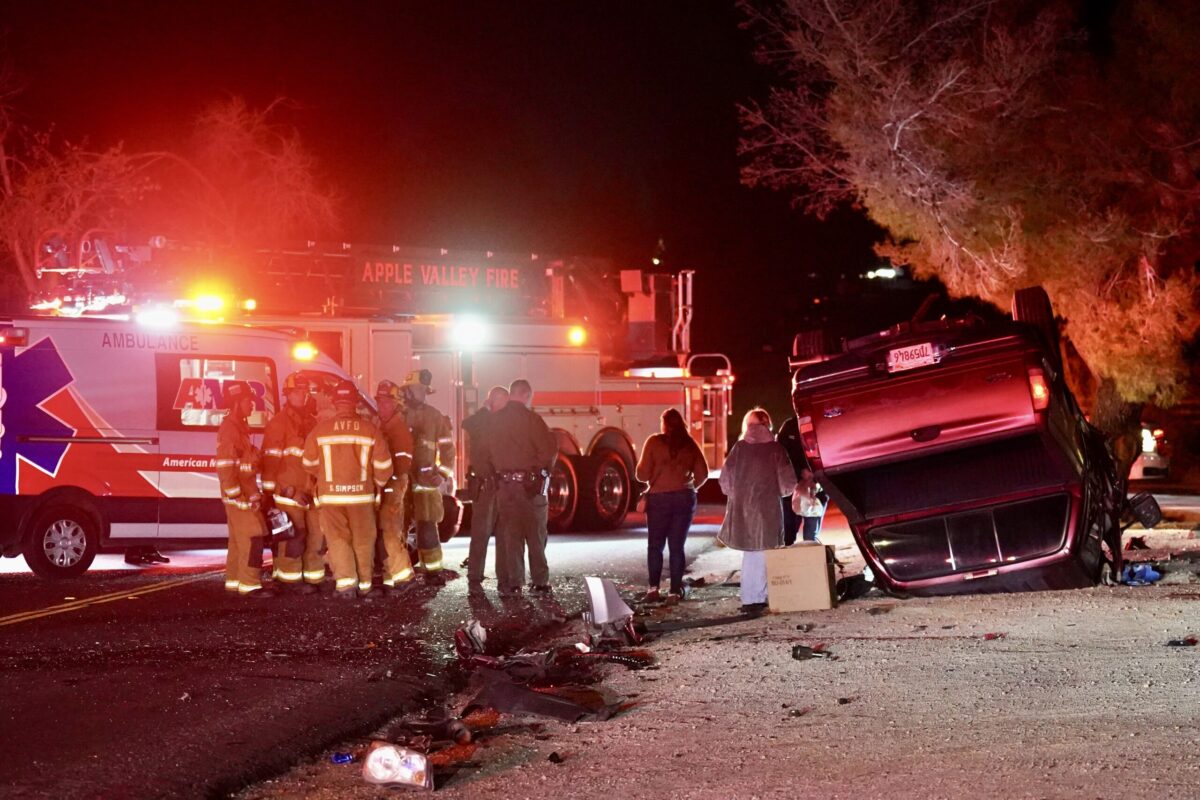 The three-vehicle crash happened on January 8th, at 5:56 p.m., in the 19400 block of Tomahawk Road, between Pamlico and Choco Roads, and involved three vehicles; a silver 2013 Dodge Grand Caravan, an older model white Toyota Tacoma, and a dark colored 2000 Ford F250.

Firefighters with the Apple Valley Fire Protection District, AMR, and Apple Valley Deputies responded to the scene and found two people with critical injuries, and three others with minor to moderate injuries.

According to scanner traffic, the first critically injured person was an occupant of the overturned F250 that had rolled over during the collision, which caused extensive damage to the truck, and major injuries to the occupant.

The person from the F250 was rushed to St. Mary”s Medical Center in Apple Valley in critical condition and was further airlifted by a helicopter to Loma Linda University Medical Center.

The second critically injured person was described as a 60-year-old female and was transported to St. Mary’s Medical Center with unknown injuries.

Initially, the woman was listed as being in stable condition, however, firefighters later updated her status to critical.

The minivan and white pick truck sustained front-end damage and were blocking the westbound lane of Tomahawk Road, shutting down traffic in both directions.

The cause of the collision is under investigation by the Apple Valley Police Department.

One in grave condition after crash involving Walmart truck in Phelan