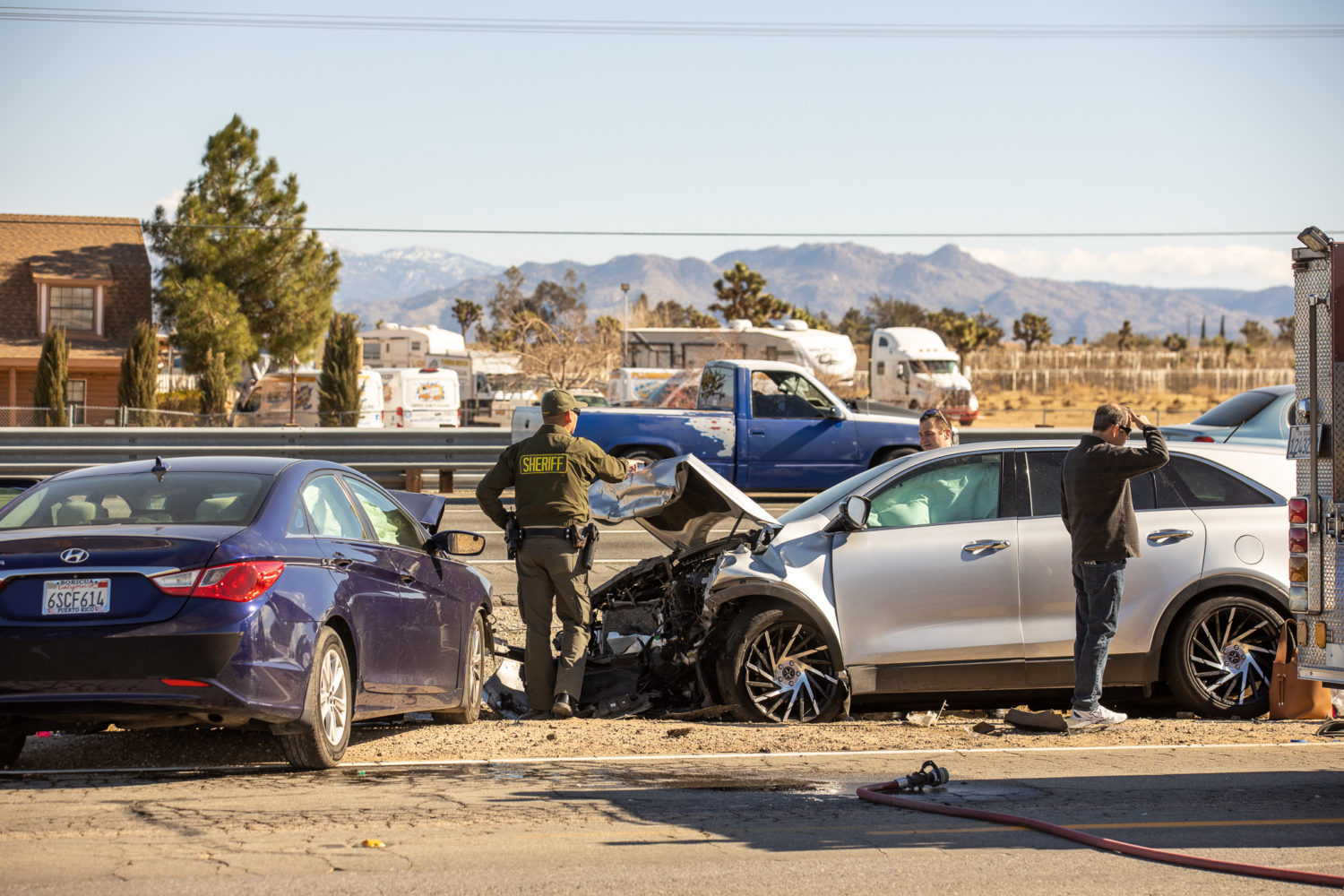 VICTORVILLE, Calif. (VVNG.com) — Five children and two adults were injured in a head-on crash in Victorville on Wednesday.

At about 1:24 PM on February 17, 2021, Victorville City Fire responded to a traffic collision involving a Hyundai sedan and a silver color SUV on Amargosa Road, south of Mesa Street.

Amargosa Road was temporarily closed in both directions while the patients were transported and the accident was cleared-up. The Victorville Police Department is investigating the cause of the collision and anyone with information is asked to call 760-241-2911.