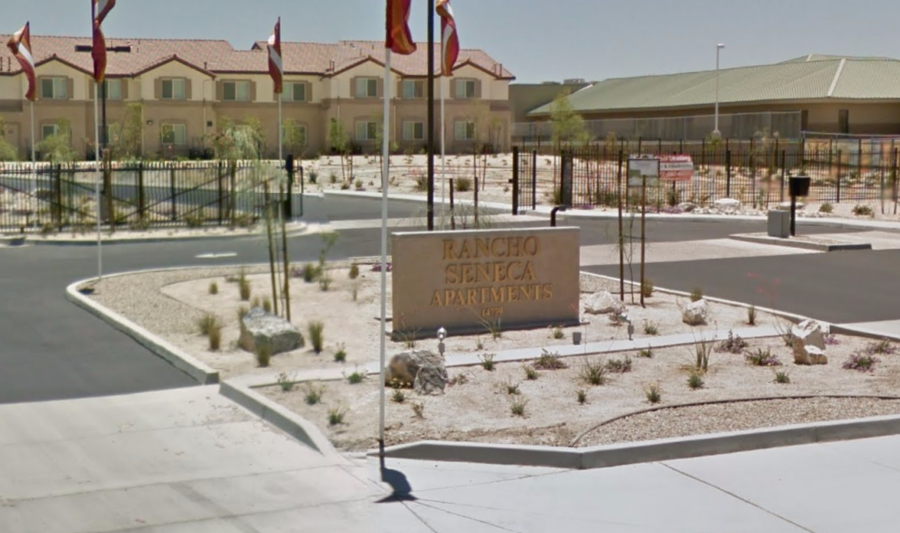 VICTORVILLE, Calif. (VVNG.com) — It was the sound of a gunshot that alerted a deputy to an apartment complex, leading to the arrest of 5 people for various violations which included child cruelty.

On Wednesday, February 26, 2020, at 5:35 a.m., Deputy T. Chamberlain was investigating a vehicle burglary when he heard the gunfire erupt nearby, at the Rancho Seneca Apartments in the 14700 block of Seneca Road

“Deputy Chamberlain observed a male subject on the second-floor patio of an apartment. The subject quickly went inside the apartment and turned off the interior lights,” authorities said in a press release.

Deputies responded but said the occupants of the apartment were uncooperative, eventually prompting officials to request a search warrant.

“During the service of the search warrant, deputies located a handgun hidden in the water tank of the master bedroom toilet. Also, in the master bedroom occupied by Shalamar Ellison, deputies found suspected cocaine on a platter under the bed, easily accessible to the three young children living in the home,” the report stated.

Anyone with information about this investigation is asked to contact Deputy T. Chamberlain at the Victorville Police Department at (760) 241-2911 or Sheriff’s Dispatch at (760) 956-5001.