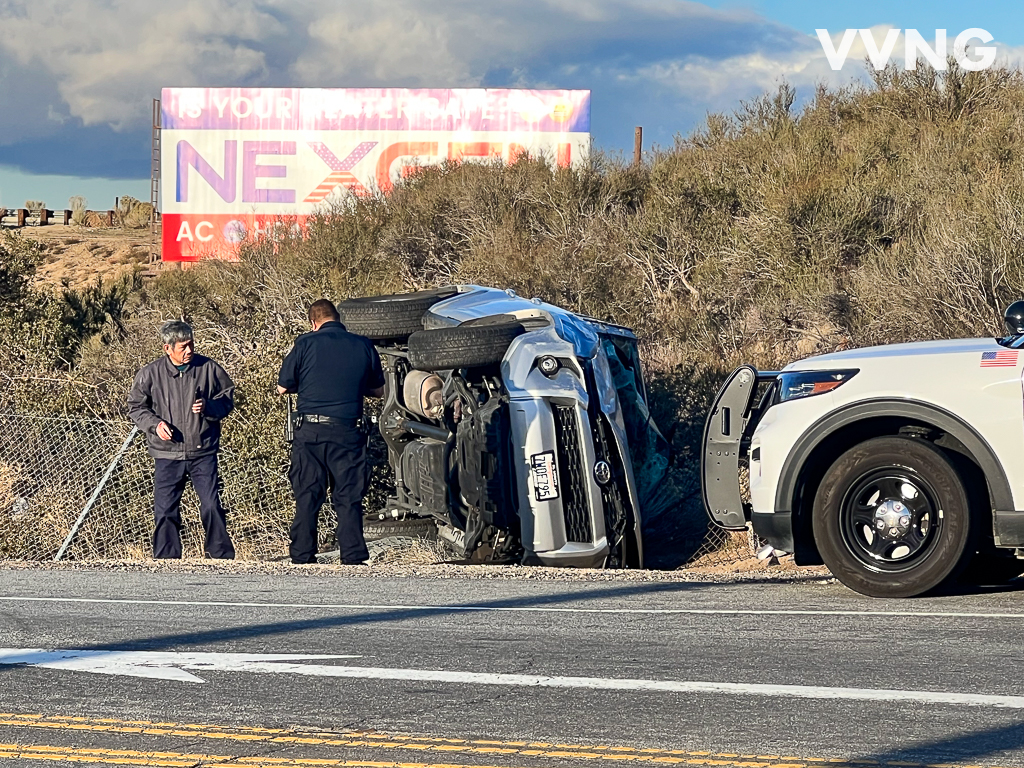 HESPERIA, Calif. (VVNG.com) – A driver was uninjured after crashing their SUV Sunday afternoon while attempting to exit the freeway.

It happened at 3:11 p.m., December 4, 2022, when the driver of a silver Toyota 4Runner was traveling northbound on Interstate 15, and for unknown reasons, the vehicle was unable to stop, causing it to overturn near the onramp.

The California Highway Patrol, Hesperia Police Department, and San Bernardino County Fire responded and located the male driver. He was not injured and remained at the scene and cooperated with officials.