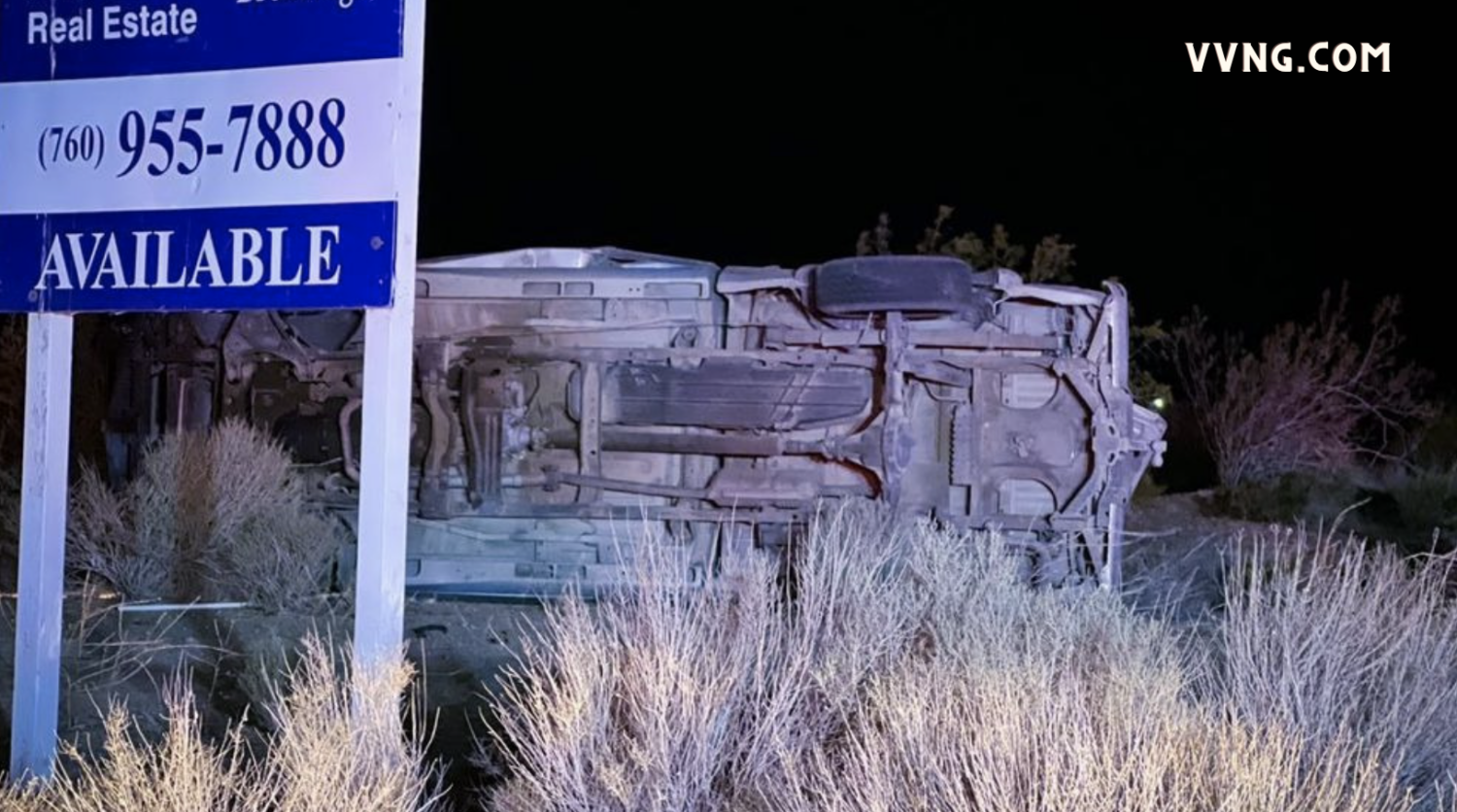 Sheriff’s officials said they believe the Ford was traveling northbound when it crossed over into the southbound lane and left the roadway.

The vehicle rolled several times before coming to rest along the west roadway edge of Hesperia Road. The driver and sole-occupant was pronounced deceased at the scene. His identity will be released pending notification of next of kin.

Sheriff’s officials said it is still under investigation whether or not drugs and/or alcohol were a factor in this crash.

Anyone who may have witnessed the collision is urged to contact Deputy D. Holland at the Hesperia Station at 760-947-1500. Those wishing to remain anonymous may call We-Tip at 800-78-CRIME or www.wetip.com.