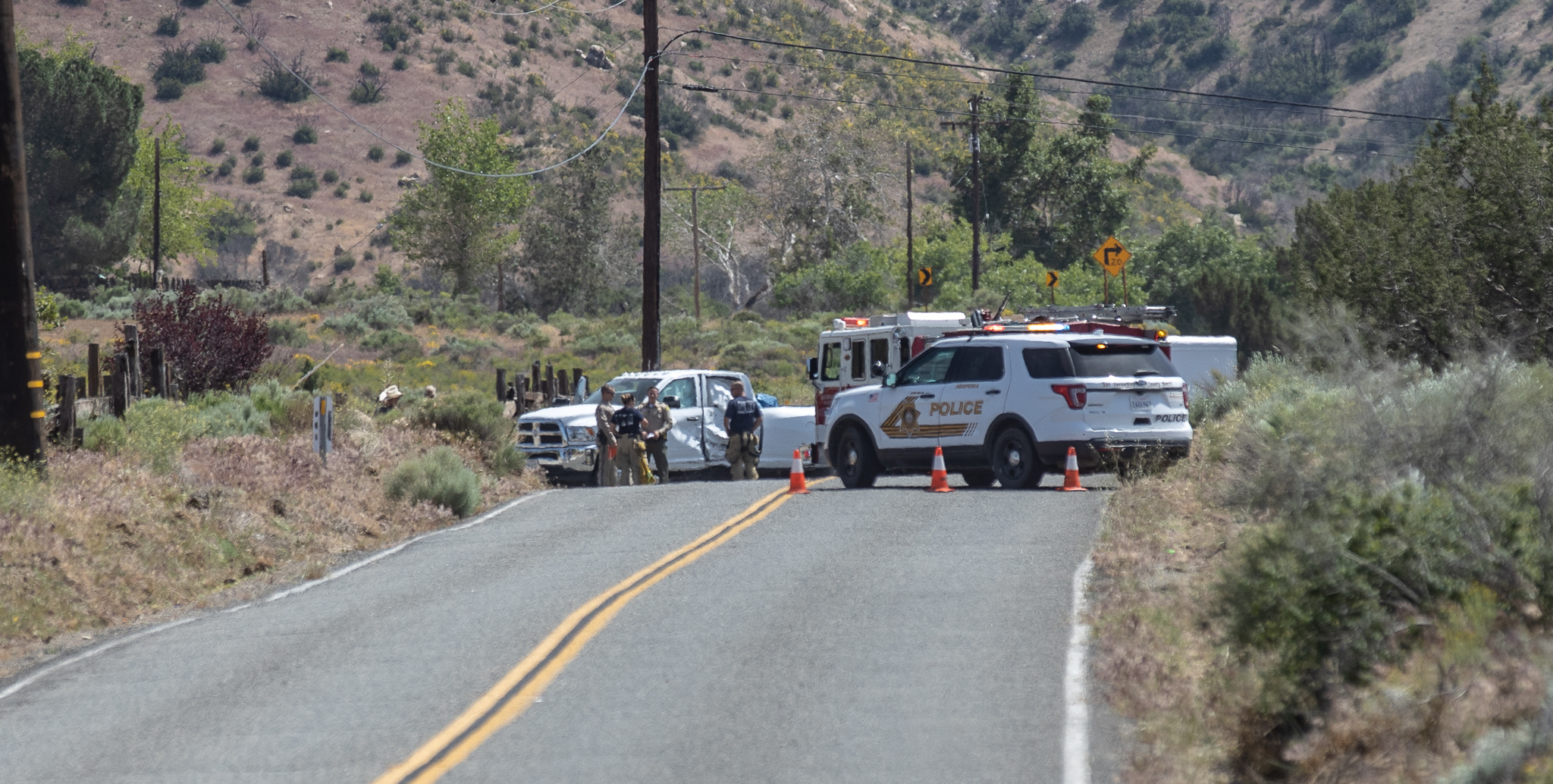 HESPERIA, Calif. (VVNG.com) — A 45-year-old motorcyclist from Apple Valley has died as a result of injuries sustained during a traffic accident Wednesday afternoon, officials said.

Just before 2:00 pm, on May 1, 2019, California Highway Patrol Officers were dispatched to a call of a motorcycle versus a pickup truck which occurred on State Route 173, near the front entrance of the Mojave River Forks Regional Park.

According to a CHP news release, through investigation officers determined the white Ducati motorcycle was traveling south on SR-173

A 62-year-old female from Apple Valley was stopped at a posted stop sign in a white Dodge Ram pickup, which was pulling a horse trailer, on a private paved road that intersects with SR-173, officials said.

“For reasons still under investigation, the driver of the Dodge Ram proceeded to make a left turn onto SR-173 northbound, directly into the path of the Ducati motorcycle, causing the motorcycle to collide with the left side of the Dodge Ram pickup,” stated the news release.

As a result of this collision, the motorcyclist sustained life-threatening injuries and was transported to Desert Valley Hospital, where he succumbed to his injuries.

The driver of the Dodge Ram pickup was uninjured.

CHP officials said drugs and alcohol are not believed to be a factor in this collision.

Anyone who witnessed or has information regarding this traffic collision is encouraged to contact the CHP Victorville Area office at (760) 241-1186.