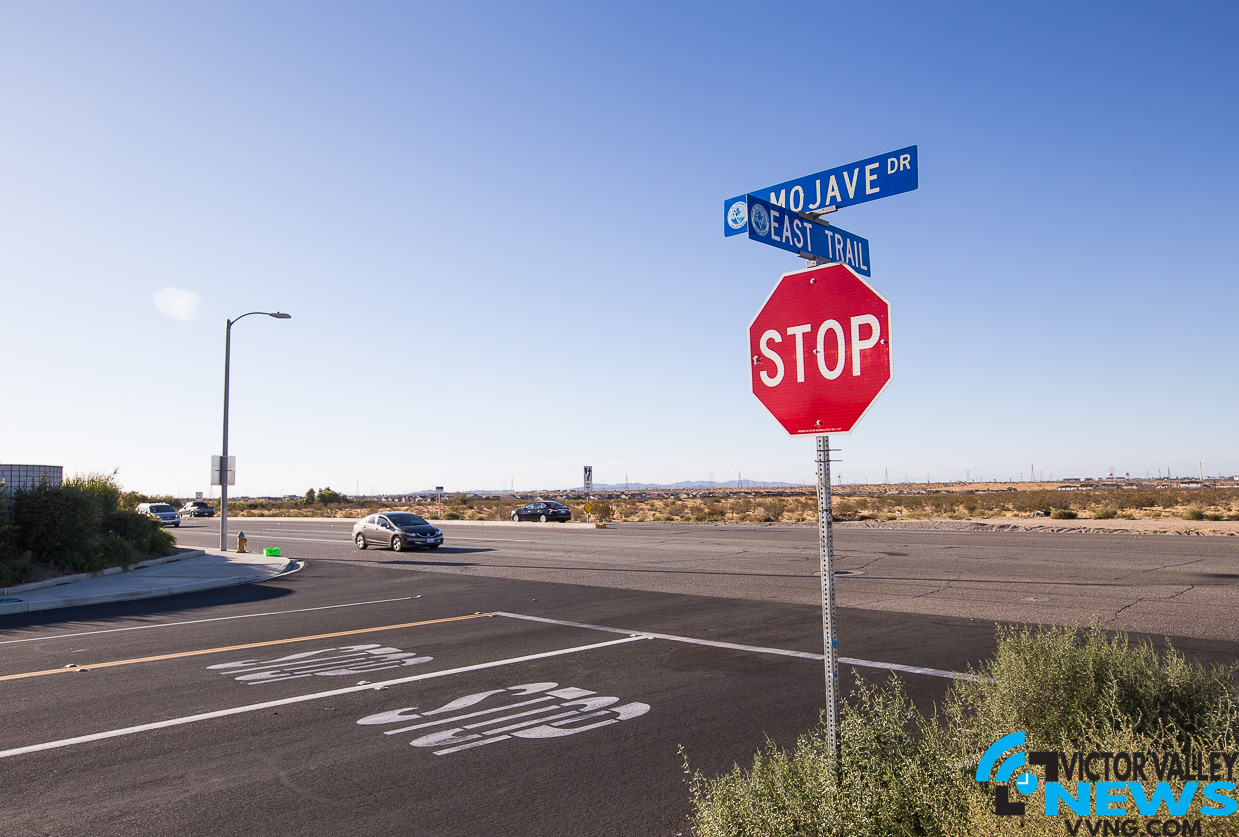 VICTORVILLE, Calif. (VVNG.com) Victorville City Councilmembers voted during Tuesday night’s meeting to award a construction contract for the installation of a traffic signal at Mojave Drive and East Trail.

The Elecnor Belco company will be contracted for $445,220.00 to make the improvement.

In August 2014, a traffic signal was placed at Mojave Drive and Cobalt Road after Robert Canales, age 25 at the time, was killed in a crash on Mojave Drive near Diamond Road in May of 2014.

A mother and her unborn child were killed by a drunk driver who ran through a stop sign on February 4, and several weeks later on February 18, two children from Adelanto were traveling in a vehicle with their parents when they lost their lives after their vehicle was t-boned.

The City conducted a traffic study last April and concluded that warrants for the new signal were met based on traffic volumes. By August 15, 2017, the traffic signal was fully operational.

The installation of a traffic signal at Mojave Drive and East Trail is expected to include minor street improvements, including a concrete cross gutter and curb returns with handicap ramps, curbing, sidewalk and minor pavement.

Information on when construction on the new traffic signal was not immediately available.