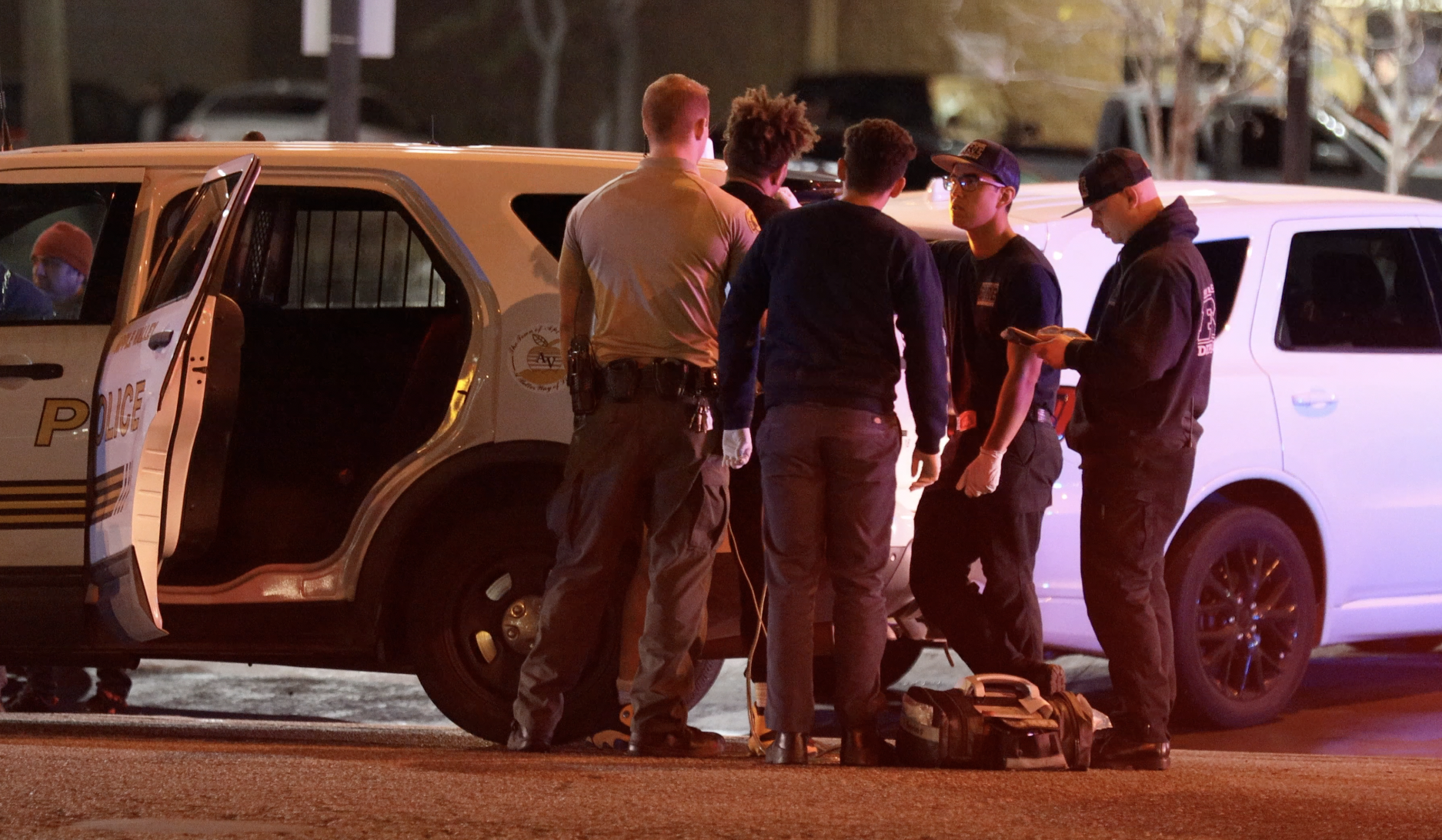 At about 7:01 pm, Apple Valley Station Deputies responded to the Sprint store located at 19083 Bear Valley Road reference a theft that had just occurred at the location.

Officers arrived and learned that four male suspects entered the store and stole six cell phones from a display case valued at $2,000 and fled the location in a black BMW, officials said.

“Deputy Verral located the BMW traveling on Apple Valley Rd. and attempted a traffic stop. The driver refused to stop and fled at a high rate of speed,” stated a sheriff’s news release.

The suspects continued to drive reckless and at high-rate of speeds as they attempted to evade deputies.

The pursuit entered Victorville and ended at the intersection of Valley Center Drive and La Paz Road when the suspect vehicle collided with a trailer being pulled by a white Dodge Durango.

All suspects were arrested, and the stolen property was recovered.