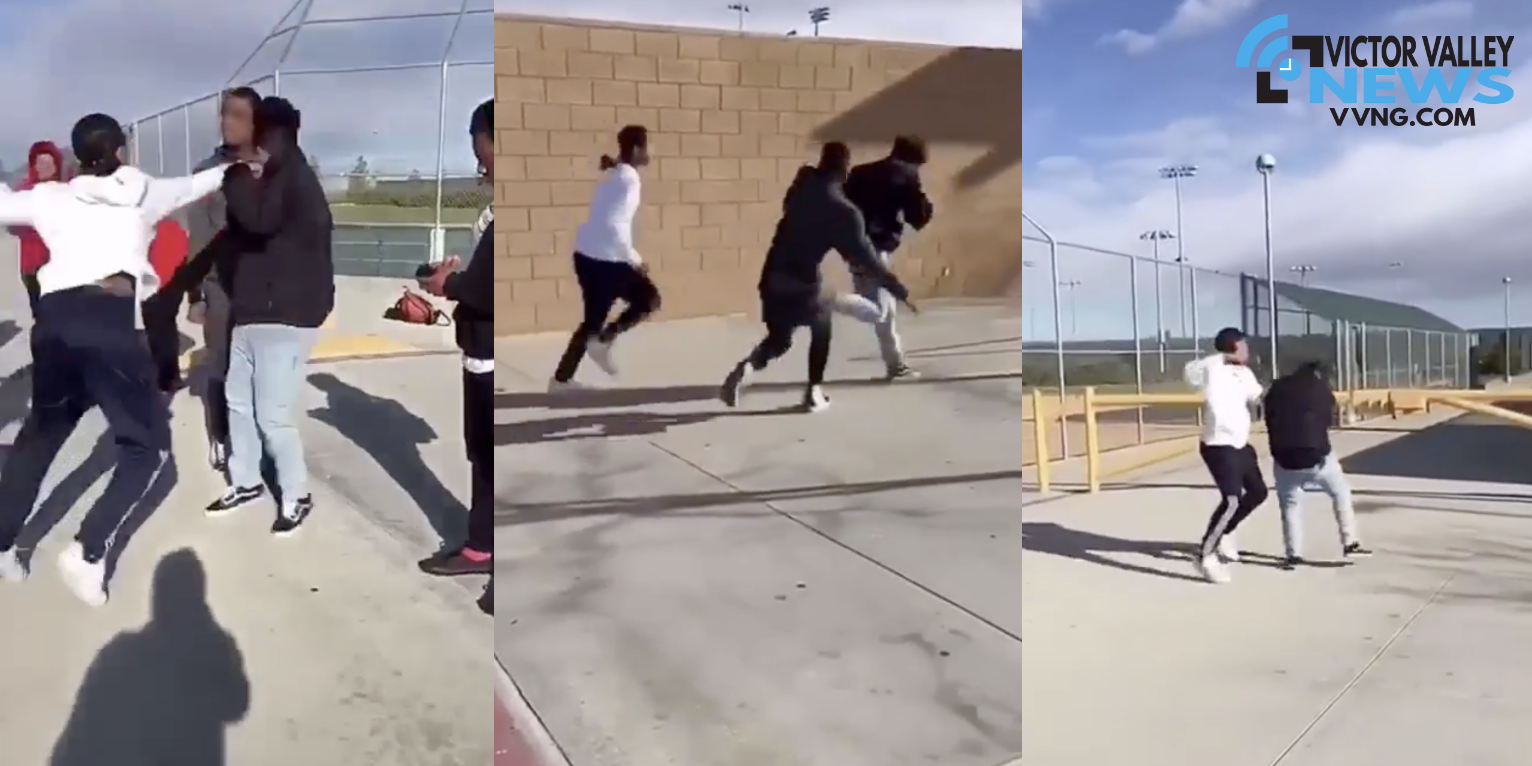 A minute-long cell phone video of the incident was uploaded to the popular phone app Snapchat.

In the video, four teens approach the male juvenile and demanded his backpack and cell phone while surrounding him.

“After the victim complied at least two of the suspects punched the victim and chased him around the school campus, continuing to physically assault him,” stated sheriff’s spokeswoman Mara Rodriguez.

Rodriguez said the video was sent to the sheriff’s department and the school district on March 25, 2019.

“Victor Valley Union High School District and the Victorville Police Department immediately launched an investigation into the incident, identifying the victim and suspects, all of which were students at the high school,” said Rodriguez.

On March 26, 2019, Deputy M. Forsberg with the Victorville Police Department located two male suspects, a 14 and 15 year old. Both were arrested and booked at Desert Juvenile Detention Center for robbery.

On Wednesday, March 27, 2019, two of the remaining suspects, both males, arrested and booked at the juvenile facility for robbery.

The case will be forwarded to the District Attorney’s Office for review and consideration of further charges.

Kris Reily, Public Engagement Information Officer for the Victor Valley Union High School District said, “school discipline was enacted against four students, all of whom are minors. In compliance with [the] California Education Code, the specifics of that disciplinary action cannot be released publicly.”

Anyone with information about this investigation is asked to contact Deputy M. Forsberg at the Victorville Police Department at (760) 241-2911 or Sheriff’s Dispatch at (760) 956-5001. Callers wishing to remain anonymous are urged to call the We-Tip Hotline at 1-800-78CRIME (27463) or you may leave information on the We-Tip website at www.wetip.com.