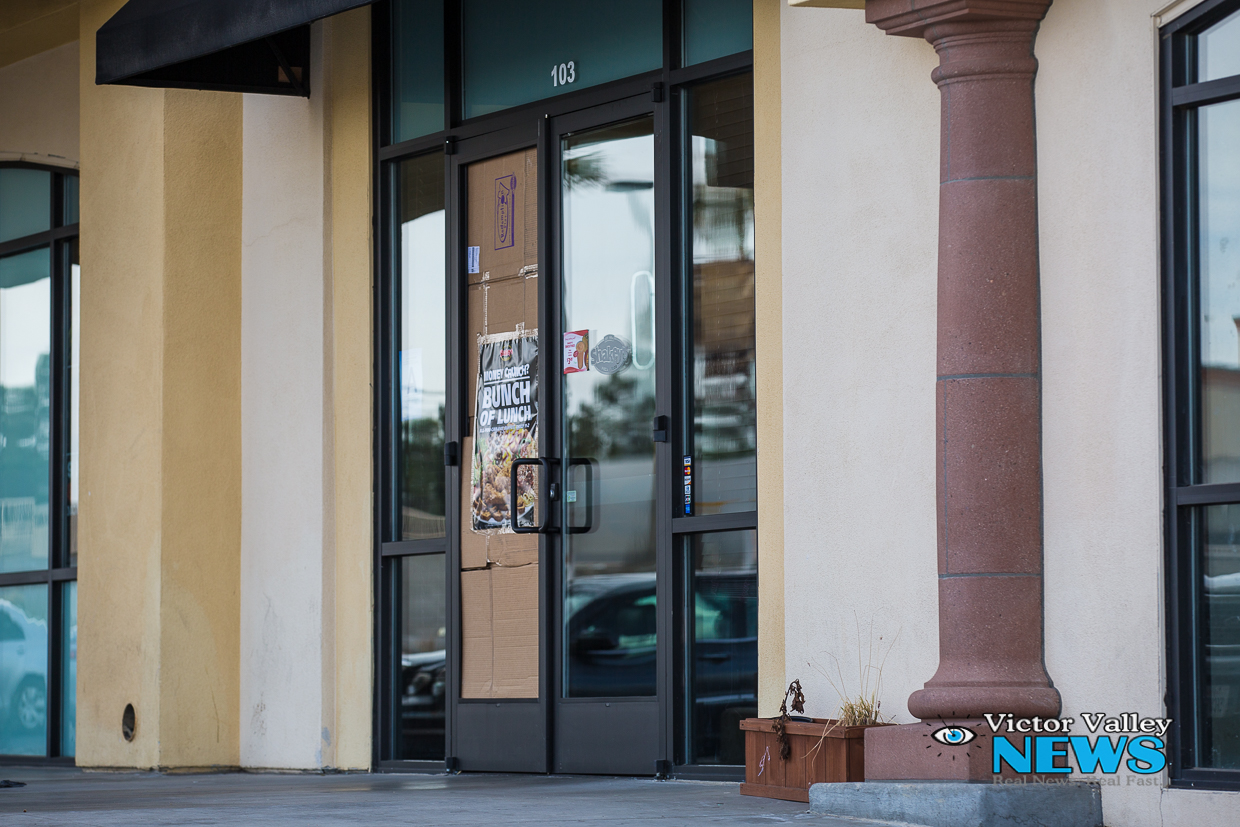 VICTORVILLE, Calif. (VVNG.com) Authorities are actively searching for several suspects after they burglarized a local eatery.

At approximately 2:45 a.m., dispatch received a call that four men were seen crawling into the Shakey’s Pizza Parlor located at 14120 Bear Valley Rd #103, after they broke a window to get inside.

The incident was caught by the restaurant’s surveillance cameras as the men were trying to make off with the safe.

According to scanner traffic, the owner of the restaurant was able to view the men from a live camera feed.

“It is believed they were unable to get any cash from the business,” stated Sheriff’s Spokeswoman Mara Rodriguez, “The case is still being worked but no one is in custody at this time.”

According to Rodriquez, the security cameras showed the suspects to be four black male adults.