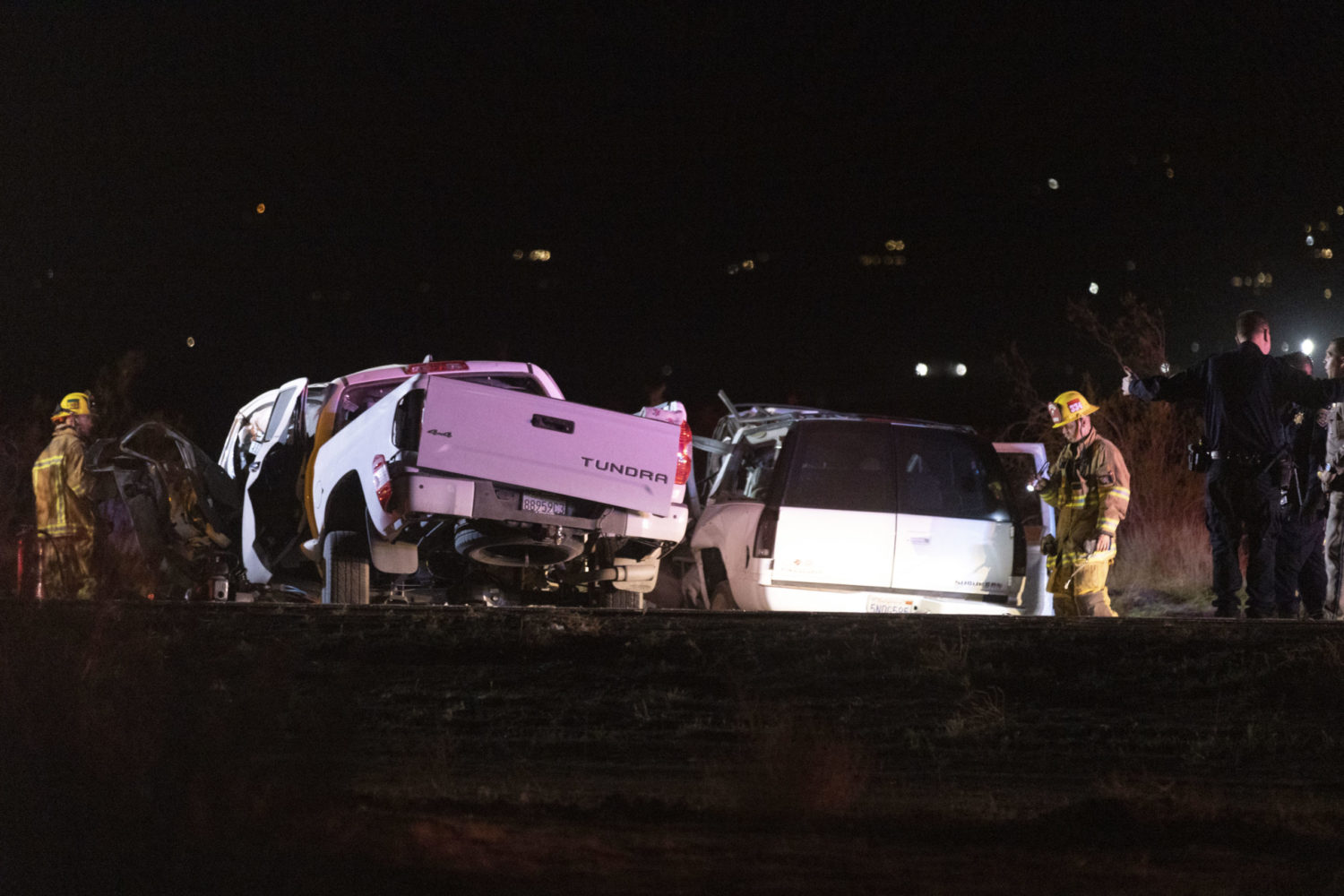 APPLE VALLEY, Calif. (VVNG.com) — Four people were killed and one other person was critically injured in a crash Saturday night.

The Apple Valley Fire Department responded to a head-on crash that was reported at 8:32 p.m. on State Highway 18 near Sierra Pelona Drive.

Firefighters located two vehicles, a white 1994 Chevy Suburban and a 2021 Toyota Tundra, both vehicles with major damage along the eastbound shoulder of the highway.

Emergency personal extricated one person from the crash. A California Highway Patrol helicopter landed and airlifted that person to Arrowhead Regional Medical Center with life-threatening injuries.

According to officials, three occupants of the Suburban and one occupant of the Toyota were pronounced dead on scene.

Traffic on Highway 18 is expected to be shut down in both directions for several hours as a result of the incident.

The identities of the four people killed in the crash have not been released, pending notification of next of kin. No further details were immediately available.