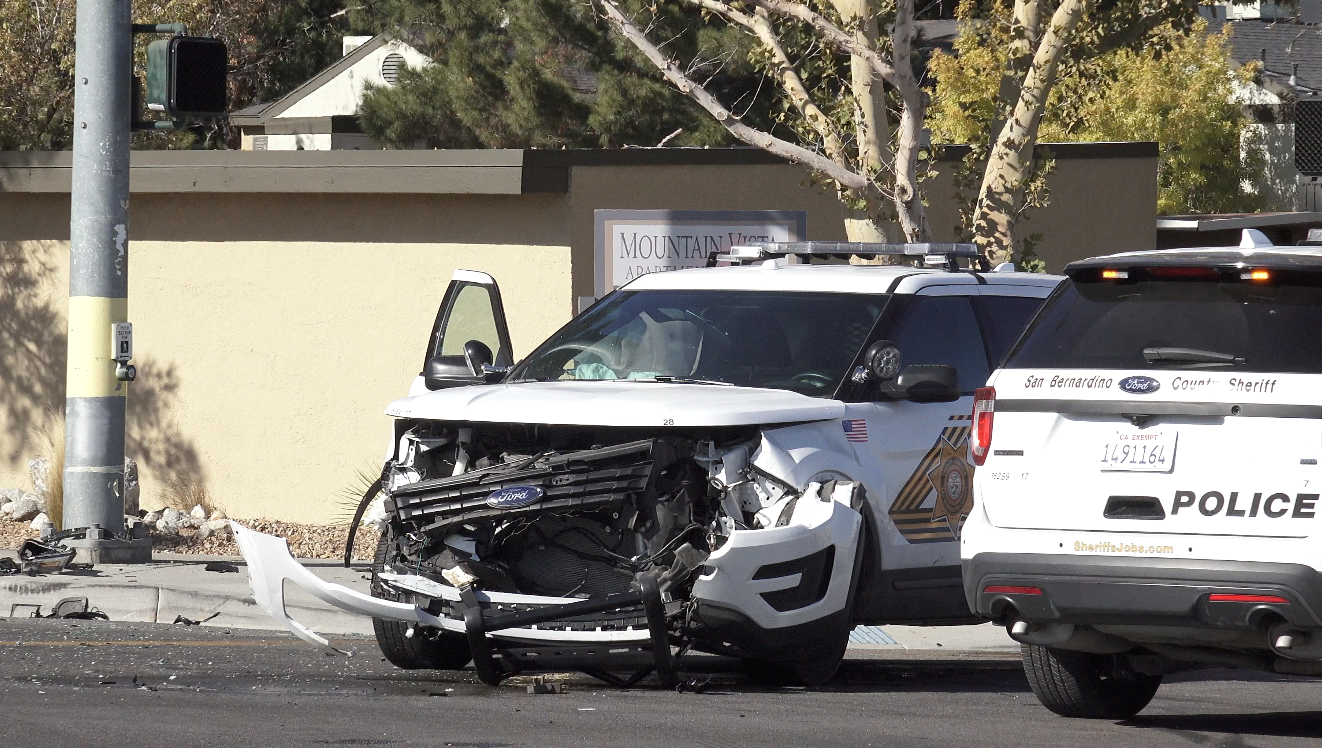 VICTORVILLE, Calif. (VVNG.com) — A stretch of Nisqualli Road was closed for about an hour after a deputy patrol unit and a civilian vehicle collided Tuesday afternoon.

The crash was reported at 12:12 p.m. at the intersection of Nisqualli Road and 11th Avenue.

According to a witness, several deputies with lights and sirens activated were traveling through the intersection when the crash occurred.

The Chevy Cruze struck a tree and the impact caused the deputy patrol vehicle to do a 180 turn.

According to Sheriff’s Spokeswoman Mara Rodriguez, the Deputy, an Explorer Scout who was riding along with the deputy, and the driver and passenger of the other vehicle were all transported to local hospitals.

Sheriff’s officials at the scene said the deputy was responding to an unknown type call at the Mountain Vista Apartments when the crash occurred.

No life-threatening injuries were reported.