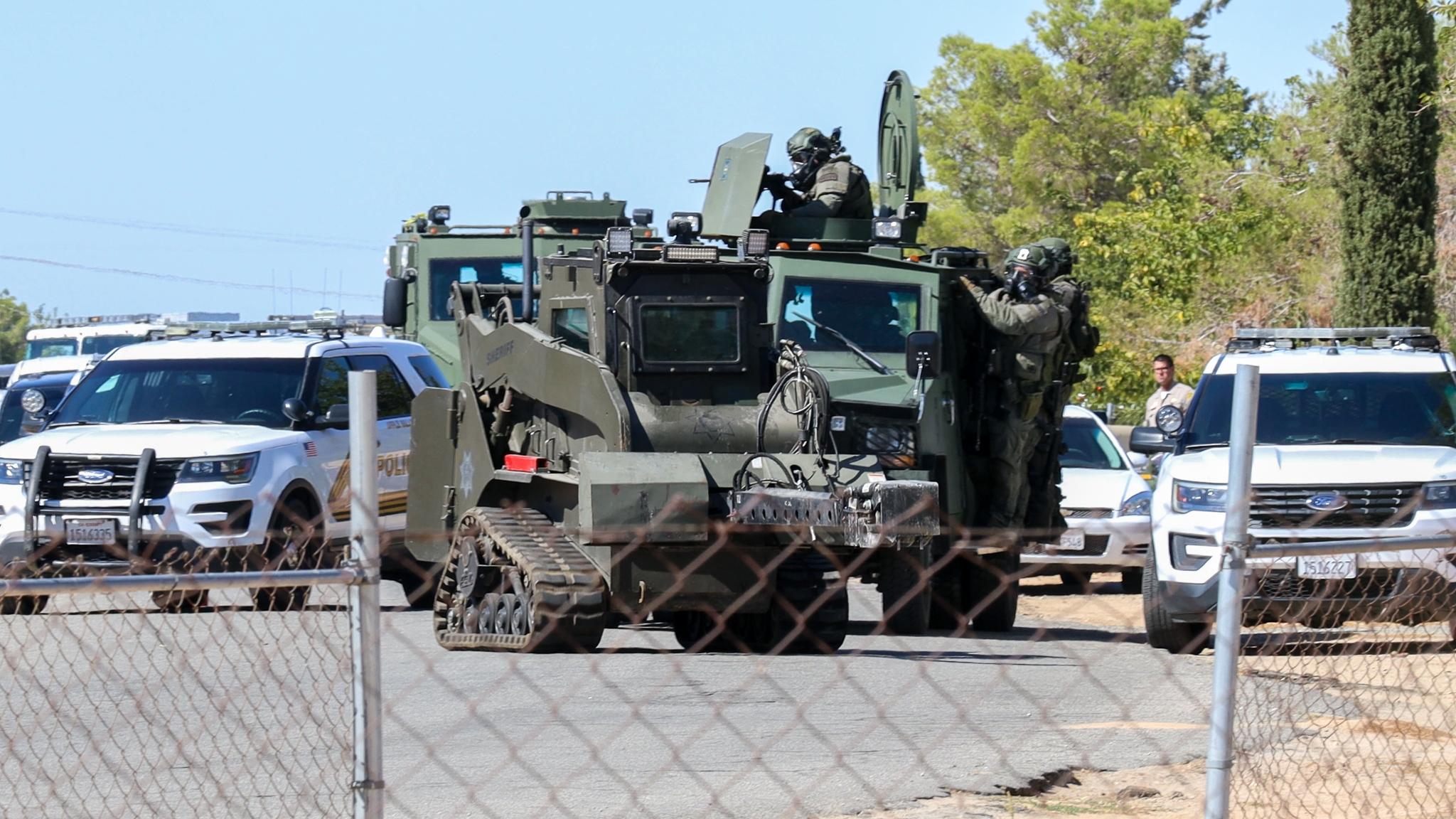 APPLE VALLEY, Calif. (VVNG.com) — A 4-hour standoff with a barricaded suspect ended in surrender after SWAT pumped tear gas into a home.

Sheriff’s spokeswoman Cindy Bachman told Victor Valley News that a male suspect was inside the home and refusing to come out.

“It appears this began as a domestic incident,” Bachman said.

The Apple Valley Fire Department also responded after the suspect started a small fire inside the home.

Next door neighbors were evacuated and taken to a nearby safe haven. Other nearby residents were asked to stay inside.

Authorities shut off the gas line to the house and the fire was put out by the suspect, who was still refusing to exit the home.

“Oscar, this is the San Bernardino County Sheriff’s Department, come out with your hands up,” officials repeated over the course of several hours.

Negotiators spoke with the suspect over cellular phones, and at one point was able to get the suspect a pack of cigarettes. But despite efforts, the man remained barricaded.

Finally, in the 11 o’clock hour, authorities surrounded the home and fired tear gas through multiple windows. Moments later, the suspect crawled out through the front door and surrendered without incident.

No injuries were reported. The suspect’s name has not been released at this time.